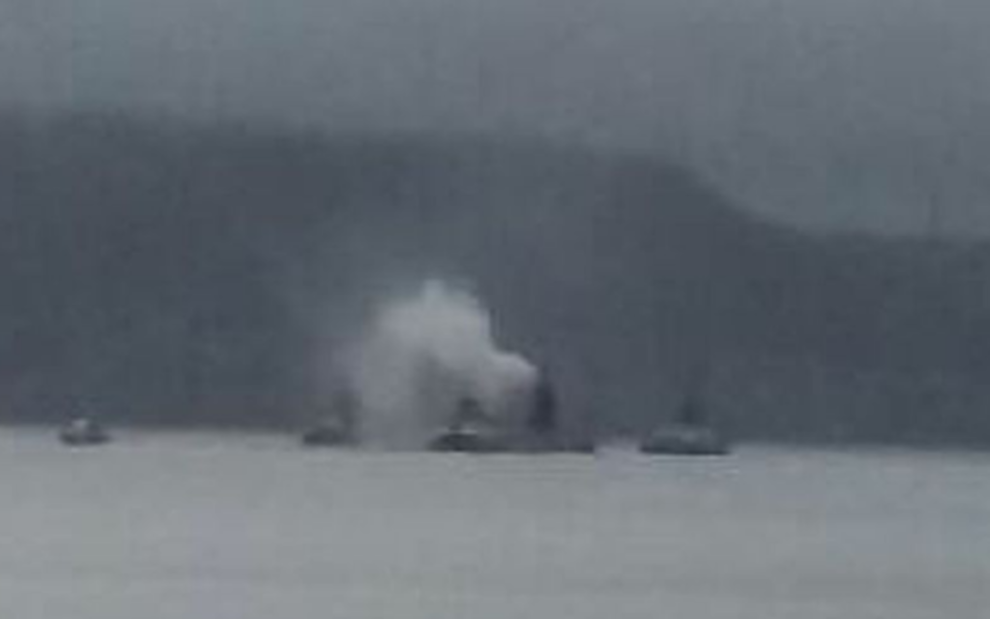 Update: The  UK Defence Journal just tweeted, “I am trying to tell you that people have removed their tweets about a submarine being on fire because they’ve realised a submarine wasn’t on fire.” It has been confirmed that the submarine did not catch fire.

The submarine did not catch fire in Helensburgh

Reports surfacing from Helensburgh in Scotland suggest that a submarine has caught fire which is causing considerable panic in the citizens. Reports indicate that a Nuclear submarine was flooded which caught fire. The fire resulted in clouds of smoke and dust filling the area.

The Royal Navy has stated that the submarine that was reported to have caught fire was just doing a “cold move”. Residents in the area are “extremely worried”. One witness said, “Folks Submarine seen in the sea off Helensburgh smoke pouring from it six tugs in attendance.” While another said, “Nuclear submarine apparently on fire or at least emitting a lot of smoke near Helensburgh.”

The UK Defence Journal tweeted, Reports of fire on a UK sub are dismissed as as ‘submarine moving under its diesel generator, there is no fire and this happens every week or so. What you’re seeing is smoke and steam from the diesel generator, that’s normal.

The Nuclear Submarine was practicing a “cold move”

One user tweeted, “They are, there’s no danger. This is not a fire, it’s whats known as a “cold move” where a submarine uses its secondary diesel engines instead of nuclear power. It’s usually used for entry and exit of bases.”  Despite the initial panic and concern from eyewitnesses, the smoke was later confirmed as diesel exhaust that resulted from military activity.

The Royal Navy reiterated that the submarine was just doing a “cold move” during the military exercise. A “cold move” involves moving the submarine around the harbor in a manner that does not use its own propellers. The smoke seen by residents is actually a result of the diesel engine starting up and running.

Each nuclear submarine comes with Trident nuclear missiles that happen to be steam-powered. Although there have been complaints about the ships due to weaponry, but they also act as the UK’s nuclear deterrent medium. This will not be the first time where an ordinary military activity has been deemed as a disastrous situation by residents of the area. The ordinary people, unaware of the dynamics pertaining to military activity often panic at the slightest hints of something wrong.