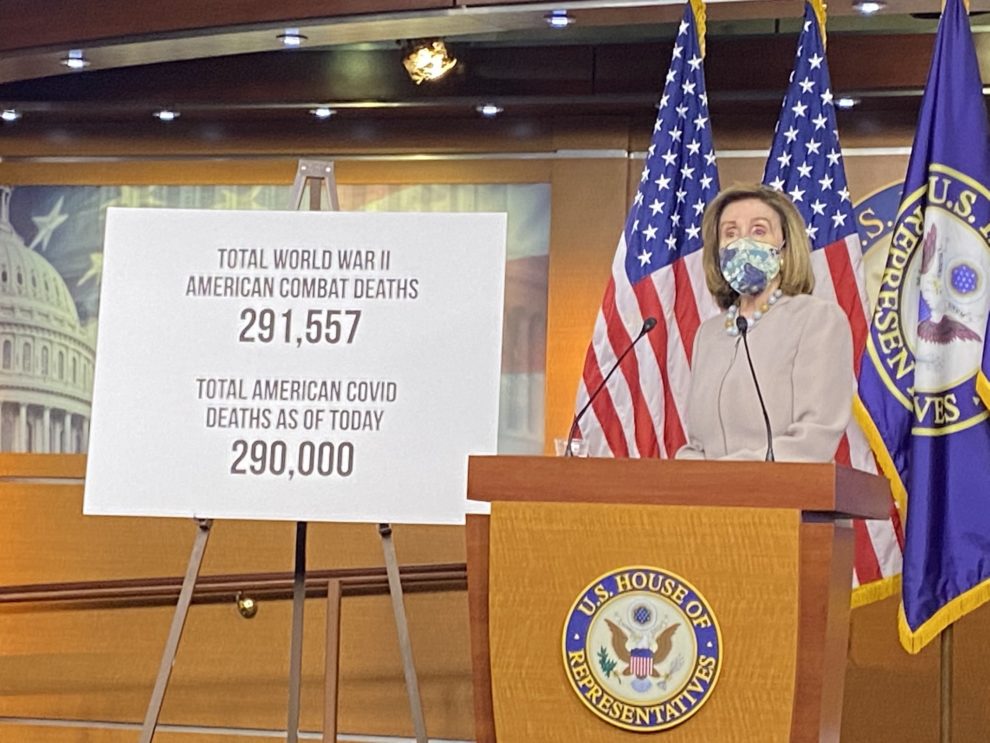 On Tuesday, a Cleveland, Ohio man was formally charged with making threats to kill US House Speaker Nancy Pelosi.

According to an affidavit filed in U.S. District Court in Cleveland by U.S. Capitol police investigator, David Staudohar, 53, is accused of calling several police departments in different states like California, Texas, and Kentucky and describing his plans to kill the congresswoman “because she is committing treason against the United States of America.”

Cleveland.com reported Tuesday on David Staudohar, 53 years old retiree from Cleveland, has been charged with threatening inter-state communications on Tuesday in response to threats of death against Pelosi.

Staudohar appeared in front of Judge, who ordered him held without bond until a detention hearing on July 13.

Staudohar was accused by authorities of making three calls hours apart on November 13, less than a week after Biden was declared the winner of the presidential election. The name of the member of Congress is redacted in the affidavit about the calls, but it is clear from the document and interviews that Pelosi was the victim of the calls, reports Cleveland.com

He called police in Louisville, Kentucky. According to the affidavit, he stated that he had ordered “a hit” in Washington.

“I’m a self-made man, and I have ordered a hit,” he told the officer, according to the affidavit. “I ordered two bullets to be put in her head.”

The calls were traced back to Staudohar. Following that, Staudohar was contacted by phone and in person by an FBI agent. According to the filing, he confessed that making threatening calls was wrong.

On June 24, he called police in St. Helena again, saying he had a pair of brass knuckles, the affidavit shows. He said he feared that the Democratic Party was overthrowing the country. “By the time I’m done with her, her face is going to look like a f—— 10-pound bag of hamburger,” he said, according to the affidavit. “I’m a veteran and a patriot.”

Staudohar informed the Judge that he is retired and subsists on a $691-per-month pension and food stamps, according to the report. He claimed he suffered bruised ribs as a result of arrest by the law enforcement agents.

Staudohar does not have a lengthy criminal history. According to an online records search, he has been charged with speeding and drunken driving. He informed Baughman that he is no longer a driver.

If convicted, News 5 Cleveland reports that he will face up to five years in prison.