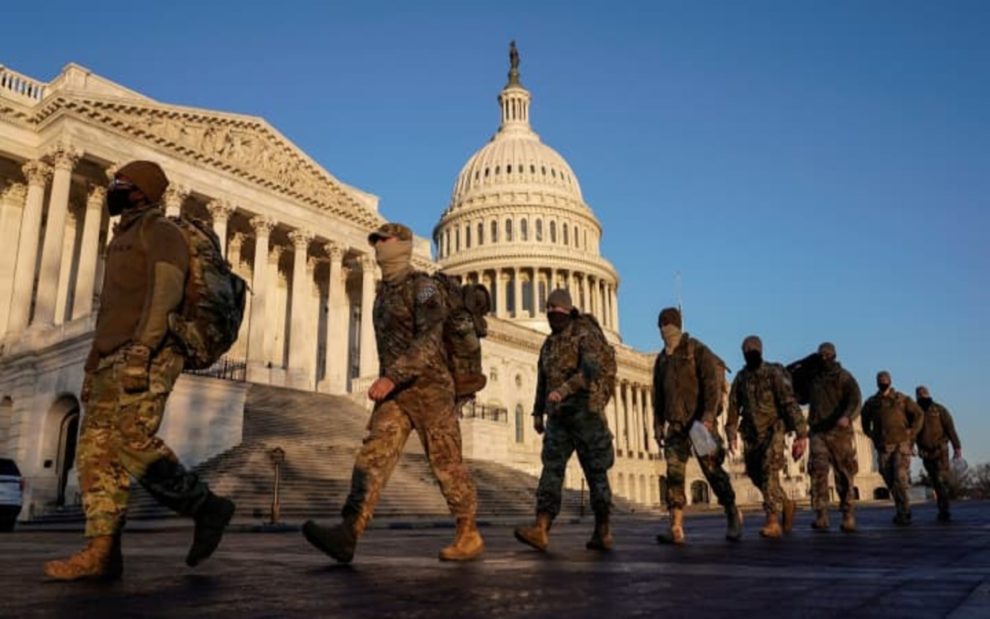 President Donald Trump has confirmed he requested 10000 National Guard troops near the Capitol days before the deadly riots on January 6th, only to be rejected by authorities.

Trump told “The Next Revolution With Steve Hilton” that his team notified the Department of Defense days before the rally that crowds might be larger than expected and 10000 national guard troops should be ready to take a position. He said the warning was forwarded to leaders at the Capitol, including House Speaker Nancy Pelosi but these leaders rejected the request because they did not like the sight of 10,000 troops at the Capitol.

During Trump’s rally on the White House Ellipse on January 6, he demanded a large crowd of his supporters to march to the Capitol and pressure lawmakers not to verify Joe Biden’s victory.

It was a lovefest

Trump told the rally he held on the Ellipse before rioters devastated the Capitol was a ‘lovefest,’ Fox News reported. ‘It was tremendous numbers of people, not the Capitol, I’m talking about the rally itself,’ Trump said. ‘It was a lovefest, it was a beautiful thing.’

After the siege of the Capitol by massive pro-Trump rioters on the day Congress certified the election for Joe Biden, Washington finally ordered the National Guard. In the days following the riot, approximately 26,000 National Guardsmen and women were present in the city. All remained in Washington until Biden’s inauguration.

Around 5,000 National Guard troops remain in D.C. and expected to be present until mid-March. There is also still a security fence with razor wire atop surrounding the entire Capitol Hill complex.

Trump told Hilton, ‘I hate to see any of that, but it is a double standard.’

There is still a mystery behind the January 6 Capitol attack. This also includes why National Guard was not present earlier at the scene as the riot unrolled.

The former police chief reportedly talked days before the riot with Irving and Stenger about the request for National Guard. Sund claimed Irving acknowledged he was concerned with the ‘optics’ of having thousands of troops plunge on the Capitol.

Trump has not talked about the Capitol riot and changed the subject during his speech at the CPAC on Sunday.

Trump says his passports were seized during Mar-a-Lago raid