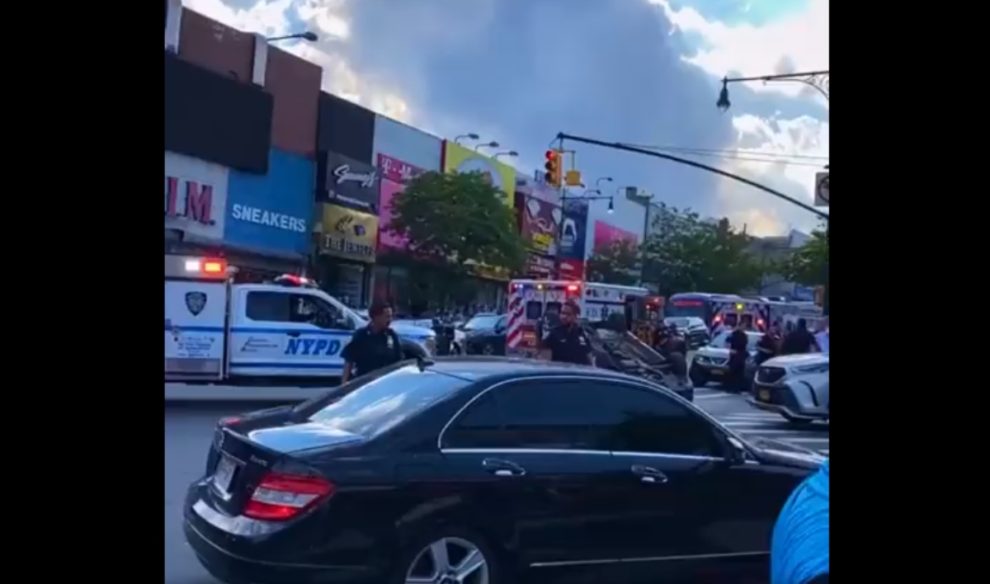 A vehicle flipped and struck three pedestrians after reports of reckless driving in Bronx. Additional emergency crews have been requested.

According to reports 1 woman and 2 children were injured.

The incident is not reported to be an intentional act.