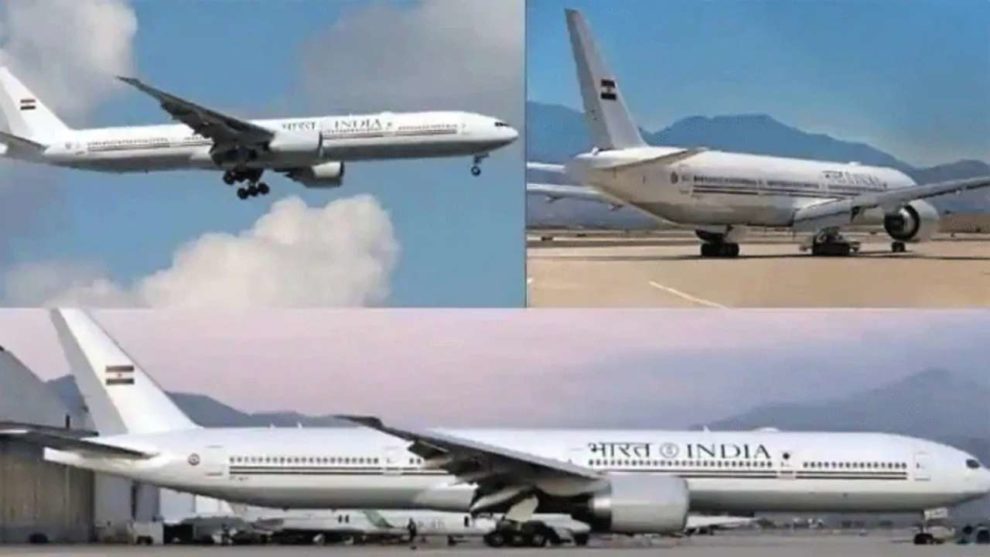 According to the latest report, a special ‘Air India One’ aircraft, designed specially in the US for the President and Prime Minister of the South Asian country, landed at IGI Airport on Thursday, October 1. It’s one of the two Boeing B777 custom-made aircraft, expected to transport the top officials. Furthermore, it comes with an additional self-defense protection suite, for the purpose of VVIP transport duties. In this post, we’ll be sharing with you everything we know about the Air India One plane, including its inside look.

The Air India One Plane Comes With Advanced Technology

Before showing you the inside look of the Air India One plane, it’s worth noting that it was originally controlled by Air India. However, the Indian Air Force will now be in charge of it, utilizing it to transport the top political leaders of the country. Furthermore, according to officials, the total cost of the two planes, including that of the additional self-defense protection suite, amounts to about Rs 8,400 crore. That said, let’s now talk about its advanced technology below.

Speaking of its advanced technology, the aircraft comes, equipped with an advanced and secure communication system. According to government sources, the purpose of that is to enable audio and video communications to function in mid-air, without having to worry about security concerns and hacking.

The plane also comes with a Hi-tech Missile Defence system. The sophisticated defense system goes by the names; Large Aircraft Infrared Countermeasures (LAIRCM) and Self-Protection Suites (SPS). The hi-tech system was possible as a result of the India-US high-tech deal.

Furthermore, the VVIP aircraft B-777 comes as a replacement to the previous, wide-body aircraft, called Boeing B-747 jumbo.

Having talked about the advanced technology system utilized for the new Air India One plane, let’s have a look at its inside (interior design).

As for the interior design of the new aircraft, it comes with additional customizations when you compare it to the previous Boeing B-747 jumbo aircraft. First, the VVIP aircraft B-777 has a big suite/cabin. While still on its inside look, the Air India One plane also comes with a mini medical center. Furthermore, the aircraft has a standard space for the press. As for its back seats, they look more like the ones in the Economy class category. However, the other seats are of the Business class category. According to sources familiar with the new aircraft, the plane is capable of flying more than 17 hours, continuously.

Exterior Color Of the Airplane

Unlike the previous aircraft, the new Air India Boeing 777 comes with an entirely new color and design. This happened as a result of the recommendations and further approval by the office of the Prime Minister. Furthermore, the aircraft comes with a new design that matches that of the national flag. Apart from that, it also has ‘India’ and ‘Bharat’ written on each of its sides, in English and Hindi respectively.

Initially, the new Air India B-777 was scheduled to arrive in July 2020. However, that couldn’t happen because of the coronavirus Pandemic. For now, Air India pilots will be part of the operating team of the new aircraft. Also, the Air India Engineering Services Ltd (AIESL) will be in charge of the maintenance unit. However, that’ll change as soon as IAF pilots gain the expertise necessary to control and maintain the VVIP aircraft B-777.