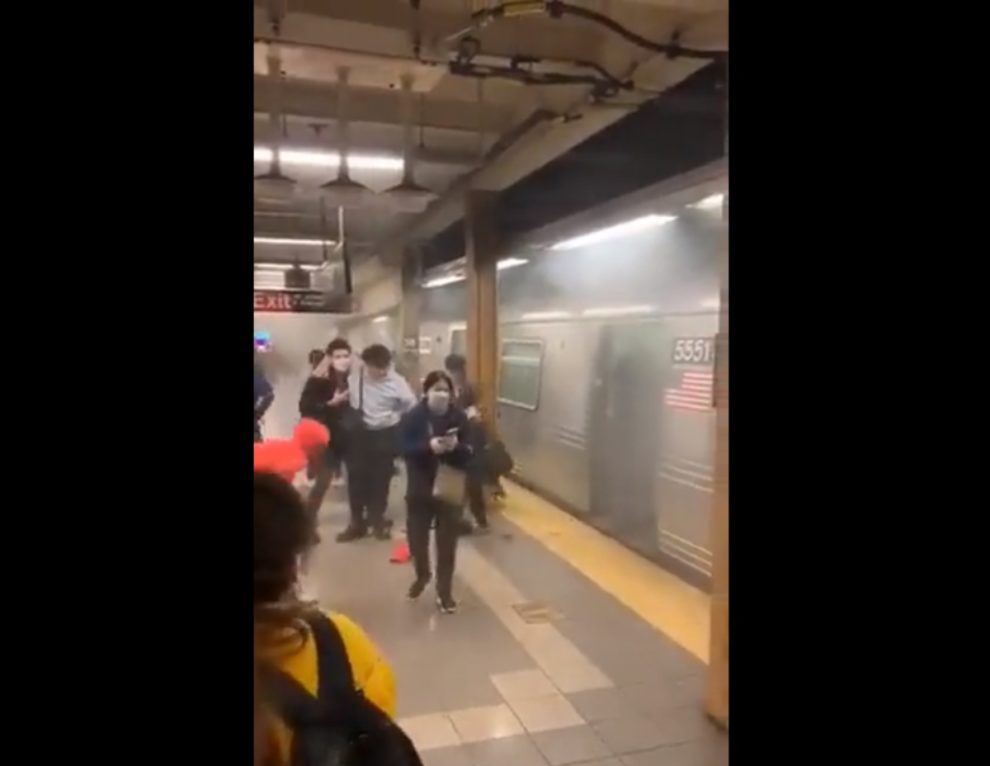 Police had identified 62-year-old Frank James as the suspected gunman who detonated two smoke canisters as the train was pulling into a Brooklyn station, before firing 33 shots into the crowd.

“My fellow New Yorkers: we got him,” Mayor Eric Adams told a news conference announcing the arrest.

James was spotted by officers on a Manhattan street, and arrested, said New York Police Department commissioner Keechant Sewell. He was taken into custody without incident and will be charged over Tuesday’s attack, she added.

Video footage circulating on social media showed a man resembling James handcuffed and being placed into a police car.

No one was killed in the attack, which also left 13 others injured as they scrambled to get out of the station or suffered smoke inhalation. None of the victims suffered life-threatening injuries.

In his videos he also criticized New York’s mayor.

James’ sister, Catherine James Robinson, told The New York Times that she was “surprised” to see him named as a suspect, adding: “I don’t think he would do anything like that.”

She said she had had little contact with her brother for years, according to the newspaper, and she contradicted one detail given by police: they had said the shooter was around five feet five inches, but she said James was over six feet tall.

The 36th Street station in Brooklyn, where the train arrived as the attack was being carried out, was heavily patrolled by police on Wednesday as travelers waited for their trains.

“Today I was so reluctant, I actually tried to get a cab for like nearly maybe 20 minutes. I couldn’t find any and Uber was like $60 bucks, and so I was like ‘It’s okay, I’ll try my chance on the subway today,'” 38-year-old commuter Zeina Awedikian told AFP.

Others were more defiant. “No one is going to drive me away from the subway. The subway is in my DNA,” said 56-year-old Dennis Sughrue.

The gunman put on a gas mask just as the train was arriving at the station, then opened the smoke canisters and opened fire, police said.

“All you see is like a smoke, black smoke bomb going off, and then… people bum rushing to the back,” one of the gunshot victims, Hourari Benkada, told CNN, referring to a charge by passengers towards the door at the end of the car.

Benkada, speaking from his hospital bed, said he had boarded the first car at 59th Street and sat next to the gunman — but with his headphones on he did not notice anything until smoke began filling the car.

He said he did not understand that there were shots at first, and that he was trying to comfort a pregnant woman next to him.

“I got pushed and that’s when I got shot in the back of my knee,” he said.

Benkada said the shooting lasted for perhaps a minute, and that he heard about 10 shots.

The bullet went through his knee, leaving a hole “the size of a quarter,” he said. “I lost so much blood.”

Police later recovered a Glock 17 nine-millimeter handgun, three additional ammunition magazines and a hatchet from the scene. US media reported that James‘ credit card and keys to a van he had rented were also found.

Shootings in New York have risen this year, and the uptick in violent gun crime has been a central focus for Adams since he took office in January. Through April 3, shooting incidents rose to 296 from 260 during the same period last year, according to police statistics.

Lax gun laws and a constitutionally guaranteed right to bear arms have repeatedly stymied attempts to clamp down on the number of weapons in circulation in the United States, despite a majority of Americans backing greater controls.