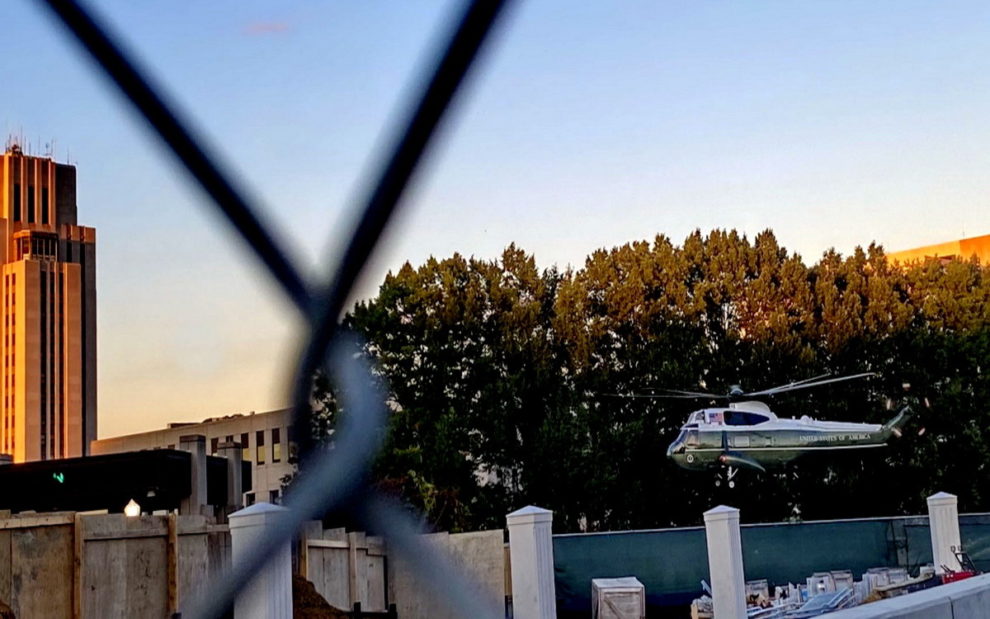 BREAKING UPDATE: Trump just tweeted, “I will be leaving the great Walter Reed Medical Center today at 6:30 P.M. Feeling really good! Don’t be afraid of Covid. Don’t let it dominate your life. We have developed, under the Trump Administration, some really great drugs & knowledge. I feel better than I did 20 years ago!”

Recent reports suggest Marine One and Decoy helicopters have been spotted on Walter Reed. Kellie Meyer, a White House reporter tweeted, “Saw the Marine One and decoys heading toward Walter Reed”, thereby confirming the rumors. This raises concerns about the treatment of Donald Trump, many citizens are asking whether he tested positive in the first place. These assumptions are based on the premise that it takes at least 14 days for an average patient to recover from coronavirus.

Is President Trump being released from Walter Reed?

Houston Air watch has tweeted the following statement, “No LE helicopters tracking over Washington, D.C. area amid rumors of #Trump discharge from Walter Reed via Marine On. ” This contradicts the statement released by Kellie Meyer. Who to believe?

A user tweeted, “The President is feeling much better and looks forward to getting back to talking about tax fraud and white supremacist shout-outs.” ~ issued in the name of the Acting-Acting-Acting Press Secretary.”

After spotting the Marine One and Decoys on Walter Reed, the citizens are asking whether President Trump has been released? A user commented, “Anyone who has been in Washington and in the area of the White House has likely seen Marine One and its decoys land on the south lawn or fly around the area. It is a standard OP for presidential transport.”

Marine One and Decoys spotted over Walter Reed

President Donald Trump had told the press that he was hoping to be discharged on Monday from the military hospital where he was being treated for coronavirus. This was the day after he wandered out while being contagious to salute cheering supporters stationed by the motorcade. This raised concerns as this President’s outing was a prime example of disregarding precautions meant to curb the spread of the virus that has killed around 209,000 Americans.

White House officials have said that President Donald Trump was anxious to be discharged after spending three long nights at Walter Reed National Military Medical Center. His doctors reported on Sunday evening that Trump’s blood oxygen level had dropped drastically twice in the past few days and that they had to inject him with a steroid that is typically only recommended for the very sick patients. Despite these risks, the doctors reported Trump’s health was significantly improving and he could be discharged as early as Monday morning to resume the rest of his treatment at the White House.

White House chief of staff Mark Meadows told the Fox News that  Trump “is ready to get back to a normal work schedule” and was hopeful about a Monday release. He further stated that a decision would be made after further evaluation and tests by his medical staff later Monday. Has the decision been already made? Is that why Marine One and Decoys were spotted over Walter Reed?