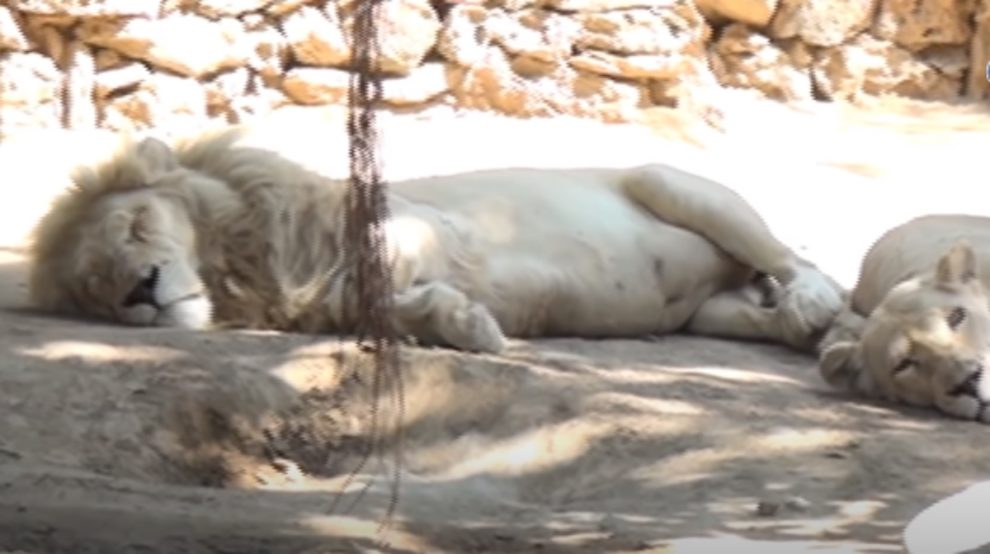 According to the Karachi Municipal Corporation (KMC), a rare white lion was found dead at the Karachi Zoo after his lungs reportedly stopped working due to pulmonary tuberculosis.

According to KMC spokesperson, the big cat had been ill for 13 days and was suffering from Pulmonary Tuberculosis, which was being treated by veterinarians, but “he could not recover and died due to his illness at 11am today.”

On Nov. 22, a journalist posted a video of the white lion, alleging authorities of not taking care of the rare animal.

We have no right to zoos if this is how we treat animals….Karachi Zoo fails to pay food suppliers….The animals are already in awful shape.
My heart is breaking. Let's shut down all zoos @murtazawahab1 pic.twitter.com/lBZNFnDqO5

An autopsy was performed on the lion by a team of veterinarians, who also collected information about the lion’s illness and death. The lion also had pneumonia and its lungs had stopped working, according to veterinarians.

On the occasion of the lion’s arrival in 2012, a new glass enclosure was built so that citizens visiting Karachi Zoo could see the lion up close.

Karachi Administrator Barrister Murtaza Wahab requested a report on the death of a lion of a breed that is becoming extinct in the world.

“I am saddened to learn about the death of such a rare breed of animal. Strict disciplinary action will be taken against the zoo management if any negligence is found after the cause of the death comes to light,” he said in a statement.

VIDEO: Woman catches lion and carries it down the street in Kuwait