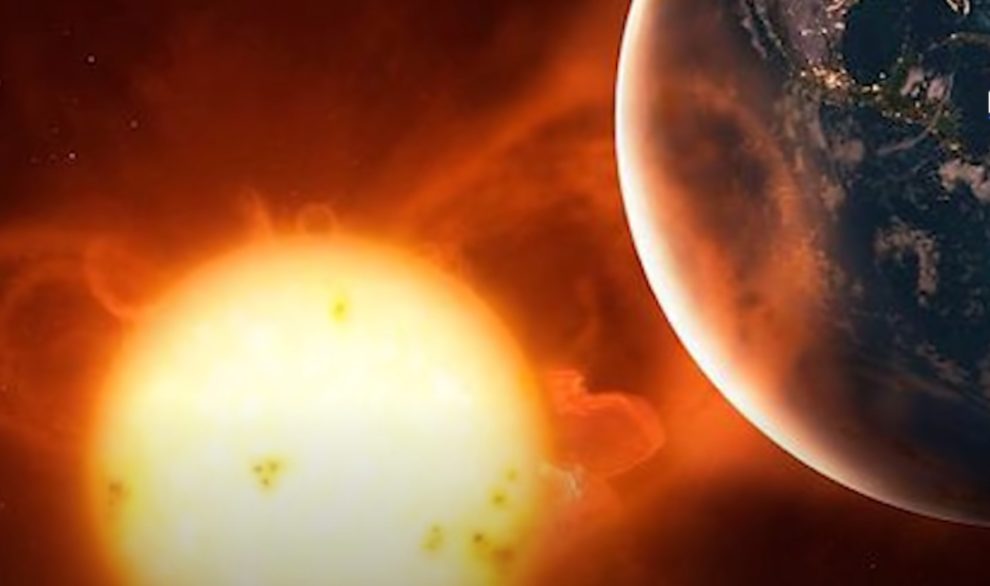 US National Oceanic and Atmospheric Administration issue an alert for everyone on Monday. NOAA issues a Geomagnetic storm warning based on a solar flare observed on the sun’s surface. And the predictions by the agency state for it to hit earth today at 5 pm.

Massive Solar Flare Is Due To Hit Earth Today

US National Oceanic and Atmospheric Administration issued a Geomagnetic storm warning as reported by Sky News. The report read that the storm might cause weak power grid fluctuations. There might even be voltage alarms as we climb higher in the earth’s latitude due to more direct exposure.

Sky News reports that the flare was first observed on the side of the sun directly facing earth on Saturday. It also caused a period of heightened solar activity around the globe.

NOAA issues a warning, with matters escalating, as the surface of the earth can be hit by the flare today. NOAA also added that the scale of the flare is so big that it may affect our space stations causing them to face “orientation irregularities”, with ground control to put them back on track.

According to the report, the flare is predicted to reach the category of G2, which is considered to be moderately strong and may lead to minor impacts on satellite operations.

“Event analysis and model output suggest CME arrival around midday on 11 Oct, with lingering effects persisting into 12 Oct,” NOAA said. They expect the flare to impact the US during midday, with the UK suffering from it during the late afternoon and early evening. 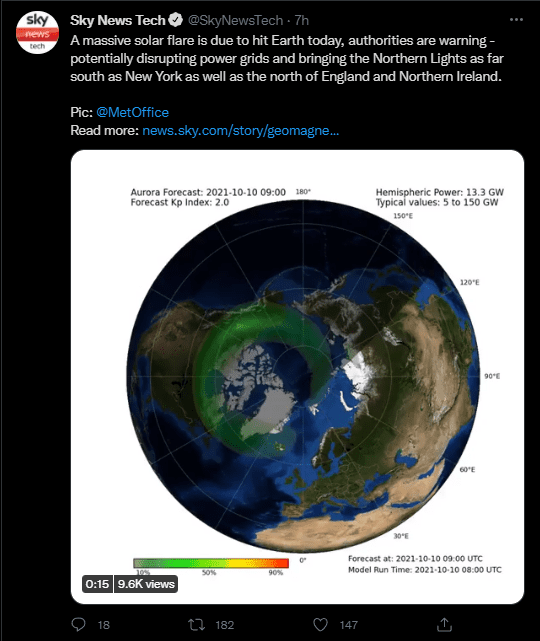 There are a few silver linings, The Met Office reports there’s a chance people across Scotland can experience an Aurora.

“There is a slight chance of aurora reaching the far north of England and Northern Ireland tonight, but cloud breaks and therefore sightings are more likely in Northern Ireland”. The Met Office reports.

It is also believed that this Aurora can reach as far as New York.

Additionally, astronomers said the flare will not cause any major problems based on past occurrences like the Carrington Event. The largest recorded solar storm ever. Which hit the Earth in 1859. However, it did cause telegraph systems to fail across Europe and North America.