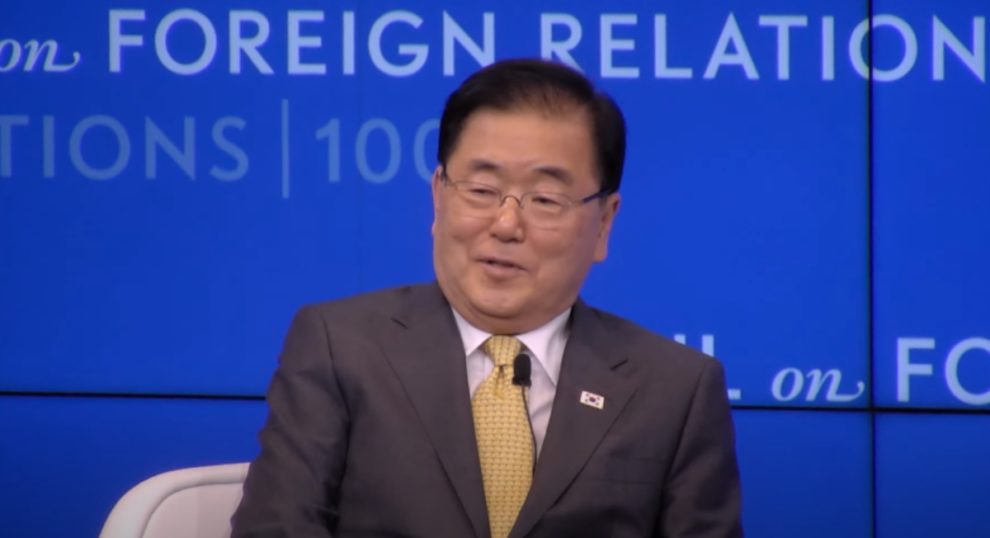 Chung Eui-yong, South Korea’s Foreign Minister, called for unwavering trilateral cooperation among Seoul, Beijing, and Tokyo to overcome “differences” amid lingering tensions between the countries over historical, territorial, and geopolitical issues on Wednesday.

Chung made the remarks during a meeting with senior officials of the Trilateral Cooperation Secretariat (TCS), a Seoul-based organisation founded in 2011 to promote cooperation between South Korea, China, and Japan, according to the Yonhap news agency.

“The three countries are neighbors close to one another, and there could be differences on specific issues,” Chung told the officials, including TCS Secretary-General OU Boqian.

“Given that they share similar cultural backgrounds, the countries will be able to overcome differences through steadfast cooperation and move forward toward co-prosperity,” the minister added.

Chung also emphasised that the post-pandemic period will necessitate greater international cooperation, while expressing hope that next year’s Winter Olympics in Beijing will provide an opportunity for the three countries to strengthen ties.

The TCS secretary general requested that Seoul continue to support the secretariat’s efforts to become a non-governmental organisation “symbol of institutionalized cooperation in Northeast Asia.”

The meeting on Wednesday comes amid ongoing squabbles between Seoul and Tokyo over trade and historical issues, while Seoul is attempting to devise a strategy to avoid geopolitical tensions caused by an intensifying Sino-US rivalry.’