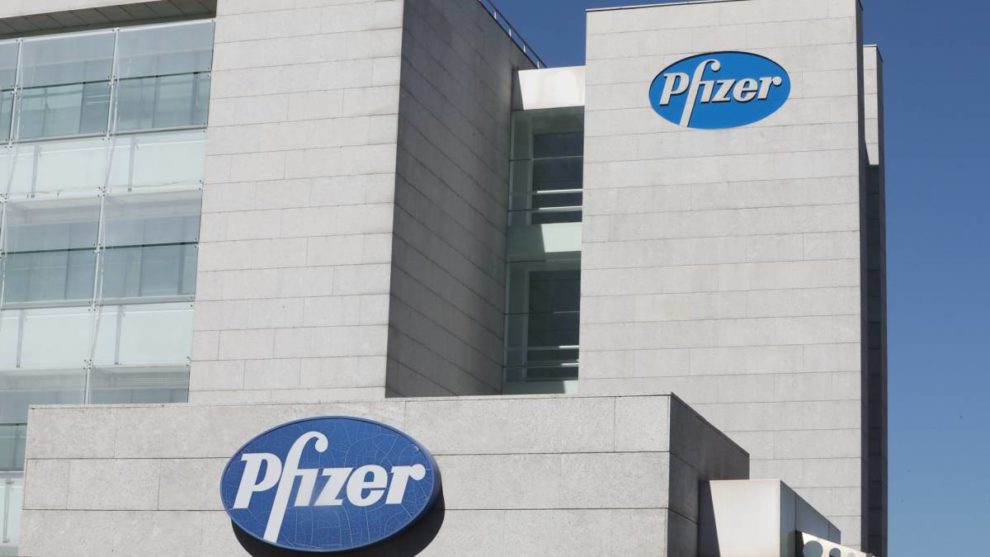 “The apparently unquenchable thirst for profits of big pharmaceutical companies, like Pfizer, is fueling an unprecedented human rights crisis.”

Public health campaigners on Tuesday accused Pfizer of putting profits over human life after the U.S.-based pharmaceutical giant raised its coronavirus vaccine sales projection to $36 billion for 2021, a move that came as the company faced backlash for denying shots to pandemic-ravaged poor countries.

“That Pfizer has been able to earn billions of dollars in revenue in the last three months alone, while failing to provide vaccines to billions of people, is a failure of catastrophic proportions,” Patrick Wilcken, head of business and human rights at Amnesty International, said in a statement Tuesday. “Not only has the vast majority of its vaccines gone to high and upper-middle-income countries, but Pfizer has also consistently refused to waive its intellectual property rights and share vaccine technology.”

“These profits will come at the expense of many, many lives around the world.”

“The apparently unquenchable thirst for profits of big pharmaceutical companies, like Pfizer, is fueling an unprecedented human rights crisis,” Wilcken added. “If left unchecked, the rights of billions of people around the world to life and to health will continue to be in jeopardy.”

Pfizer announced Tuesday that it raked in $24.1 billion in total revenue in the third quarter, $13 billion of which was attributable to Comirnaty, the Covid-19 vaccine the company makes with its German partner BioNTech—with the help of public funding and U.S. government technology.

The New York-headquartered corporation said it expects to generate $29 billion in vaccine sales next year as rich countries move ahead with booster campaigns and low- and middle-income countries scramble to obtain shots.

Seemingly aiming to deflect criticism that his company isn’t doing enough to help poor nations fight the pandemic, Pfizer CEO Albert Bourla said Tuesday that the pharmaceutical giant is “on track to achieve our goal of delivering at least two billion doses to low- and middle-income countries by the end of 2022—at least one billion to be delivered this year and one billion next year.”

“One billion of these doses will be supplied to the U.S. government at a not-for-profit price to be donated to the world’s poorest nations at no charge to those countries,” Bourla added.

But vaccine equity advocates were not assuaged by Bourla’s comments.

Nick Dearden, director of the U.K.-based advocacy group Global Justice Now, noted that “just 1% of Pfizer’s supplies have been sold to the international distribution mechanism COVAX, as the company has put sales of third and fourth doses in wealthy markets ahead of selling doses to where they’re most needed.”

“Pfizer is now sitting on the most lucrative medicine ever produced, but while the corporation’s shareholders are making a killing, most of the world has been locked out of this vaccine as Pfizer has aggressively pursued profits ahead of saving lives,” said Dearden. “Worse, these profits aren’t enough for Pfizer: the corporation is determined to prevent anyone else from making its vaccine so it can monopolize this technology for years to come.”

“Right from the start, Pfizer has tried to discredit the World Health Organization’s attempts to share vaccine know-how,” he added. “These profits will come at the expense of many, many lives around the world.”

In September, Amnesty International estimated that Pfizer and BioNTech “have so far delivered nine times more vaccines to Sweden alone than to all low-income countries combined.”

Along with other pharmaceutical executives, Bourla has been an outspoken opponent of an India- and South Africa-led proposal to temporarily waive vaccine-related intellectual property protections to allow poor nations to produce generic vaccines for their populations.

The Biden administration endorsed the proposed patent waiver in May, but it remains stalled at the World Trade Organization due to the opposition of a number of rich nations, including Germany and the United Kingdom.

“It’s not too late for Pfizer and its Big Pharma competitors to do what’s right for humanity and fulfill their human rights obligations,” said Wilcken. “Big Pharma must stop lobbying against the waiver so that world production can be boosted and diversified, and every person on the planet can get a shot at these lifesaving vaccines.

The New York Times reported last month that “despite mounting pressure, the chief executives of Moderna and Pfizer have declined to license their mRNA technology in developing countries, arguing it makes no sense to do so.”

“They say that the process is too complex, that it would be too time- and labor-intensive to establish facilities that could do it, and that they cannot spare the staff because of the urgent need to maximize production at their own network of facilities,” the Times noted. ” But public health experts in both rich and poor countries argue that expanding production to the regions most in need is not only possible, it is essential for safeguarding the world against dangerous variants of the virus and ending the pandemic.”

“Experts in both the development and production of vaccines say the mRNA vaccines involve fewer steps, fewer ingredients, and less physical capacity than traditional vaccines,” the Times continued. “Companies in Africa, South America, and parts of Asia already have much of what they would need to make them, they say; the technology specific to the mRNA production process can be delivered as a ready-to-use modular kit.”

With Pfizer and other drugmakers refusing to share their vaccine recipes, the Biden administration is facing growing calls to either force their hands or share the recipe itself.

Moderna and Pfizer *refuse* to share their mRNA tech with developing countries.

Vaccine donations are NOT ENOUGH. Seriously. They're not.

Biden MUST make Big Pharma share their tech. It's everything.https://t.co/1hSlVuCSH0

According to the latest figures from Our World in Data, just 3.7% of people in low-income nations have received at least one coronavirus vaccine dose. Just 5% of Africa’s 1.3 billion-strong population has been fully vaccinated against Covid-19.

In a speech delivered Monday after the official global coronavirus death toll topped 5 million, United Nations Secretary-General António Guterres said that “this devastating milestone reminds us that we are failing much of the world.”

“This is a global shame. Five million deaths should also stand as a clear warning: we cannot let our guard down. We are still seeing more deaths,” Guterres continued. “At the same time, other dangerous threats continue to allow Covid-19 to thrive—misinformation, vaccine hoarding and vaccine nationalism, and lack of global solidarity.”