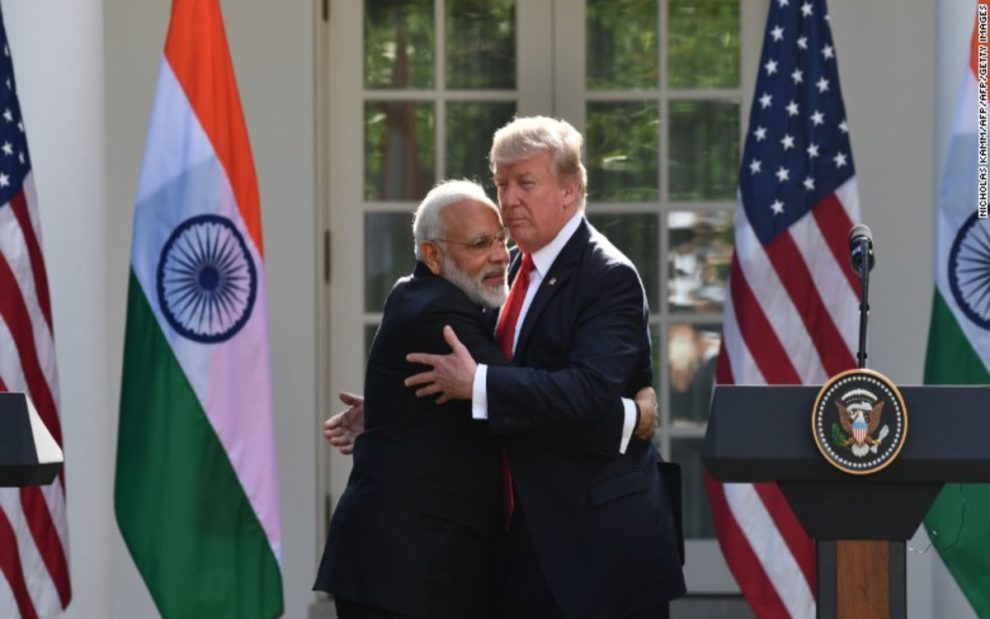 US-India relations are on the rise, fueled by increasingly Indian-Chinese tensions. However, India also has bilateral issues – mainly at the Kashmir border – with Pakistan, a traditional US ally. In fact, India may even find itself vulnerable to possible Pakistani tapping by becoming part of a military communication network with the US (a network which includes Pakistan) and could also lose part of its control over satellites to the US.

Instead of close aligning with the US, India could play a key role in promoting multipolarity.

The rising tensions involving India, China, and Pakistan were visible at the Shanghai Cooperation Organization (SCO)  summit. The SCO is a Eurasian alliance comprising China, Russia, Kazakhstan, Tajikistan, and Uzbekistan, and since 2017, India and Pakistan. Some see the SCO as a potential counterweight to NATO and it has indeed emerged as one of the largest international trans-regional organizations

On Monday, India chaired the virtual Council of Heads of Government (CHG) summit of SCO. It was the Indian Vice President M. Venkaiah Naidu who addressed the meeting and emphasized that the main challenge for the SCO Eurasian region is still terrorism. Commenting that India is concerned about “threats emerging from ungoverned space” that “leverage terrorism as an instrument of state policy”, he clearly referred to Pakistan. In doing so, he accused Pakistan of employing cross-border terrorism as an instrument of its state policy.

Another reference was the following statement: “It is unfortunate to note that there have been attempts to deliberately bring bilateral issues into the SCO”. Pakistan often raises bilateral issues, such as Kashmir, at multilateral forums. In response, Russia noted that such bilateral issues really should not be raised at the forum and some analysts saw this as a kind of a “blow” to both China and Pakistan, even though the statement is in accordance with SCO own rules and its charter. On Monday, the India ministry of external affairs also stated that it is “up to them” regarding the issue of whether Pakistan would join Indian initiatives at the SCO.

India sees the SCO as a strategic forum to promote cooperation in the region and has offered to host annually the Special Working Group on Startups and Innovation and also the SCO Startup Forum.

At the SCO, India once again refused to support the Chinese Belt and Road Initiative (BRI). In fact, India was the only nation (amongst the 8 members) which did so. A major point of contention is that a significant portion of the project passes through Kashmir (claimed by both India and Pakistan), and New Delhi has repeatedly demanded Beijing to cease such endeavor, claiming it violates India’s territorial integrity.

Another important development is that China and Pakistan signed a new military deal (a memorandum of understanding) on Monday that enhances their bilateral defense collaboration regarding regional security. This is being seen as a reaction to the recent Malabar-2020 exercise involving India and its QUAD allies.

India maintains its strategic partnership with Russia even on nuclear issues – India also leases some of the best Russian nuclear submarines. For example, the Russian “Chakra III” Akula-class (nuclear-powered) submarine is to be transferred to India by 2025 as part of a $3 billion contract.

Even amid bilateral contentions, there is plenty of room for Eurasian nations to cooperate in a number of levels. Regarding both India and Russia, articles published by the Russian Valdai Club in 2019 suggested these two countries could lead a new non-aligned movement.

The current Non-Aligned Movement (NAM), a 120 developing countries group forum, is the largest grouping of states in the world after the United Nations. The NAM was quite important during the Cold War and India played a key role in it. It was created through an initiative of the then Indian Prime Minister Jawaharlal Nehru – together with Egyptian President Gamal Nasser and others – in 1961. Since the end of the Cold War, the NAM struggles to reinvent itself in terms of its purpose in the current global system. NAM still promotes South-South cooperation, emphasizing multilateralism.

In accordance with the ideas of geographer Halford Mackinder and others, for the US it is a geopolitical imperative to prevent any major power from arising anywhere in the Eurasian landmass. Thus, the new Biden administration will most likely employ a version of a “dual containment” against Russia and China (treating the former as a kind of open enemy and the latter as a competitor) and trying to forge ties with India and other Chinese rivals.

The US clearly attempts to draw India into its sphere of influence in order to counter Chinese growth. India does have its issues with China but it does not need to put itself in a position to be used by the US in its geopolitical games. Washington’s approach towards India and China is a variation of the classical “divide and rule” modus operandi.

A US-led QUAD (the alliance which includes India, Japan, and Australia) has been described as a “new NATO” for the Indo-Pacific Region. Engaging with India, the US in its dispute with China tries to indirectly co-opt part of the Association of Southeast Asian Nations (ASEAN) – which is also a partner of the SCO.

Indian engagement with the QUAD contradicts its ties to China and Russia in the BRICS group and is at odds with its participation in the SCO. The US plans for the QUAD are a reason for concern – however, it is also true that currently the QUAD has not reached the same level of strength and institutionalization of the SCO and even BRICS.

Forums such as the BRICS, the SCO and a reinvented NAM can provide India and China the opportunity to focus on the dimensions of their relations (even when there is a crisis in their borders) and a negotiation table. From the Chinese perspective, there are plenty of reasons to eventually seek some degree of mutual compromise with New Delhi. China still remains India’s largest trading partner, after all. In fact, a “China plus India” strategy could benefit both countries’ scales and complement strengths.

India has much to gain from reaffirming its traditional independent foreign policy, from strengthening its relations with Indonesia, and the ASEAN position of seeking to shape a security architecture aiming at prosperity for the Indo-Pacific region (which links the Indian and Pacific oceans). It also has a lot to gain by maintaining close ties with Russia to boost its civil nuclear energy programs (in the Kudankulam nuclear power plant, the largest joint Russian Indian project) and from projecting itself as a global player in defense of multipolarity.