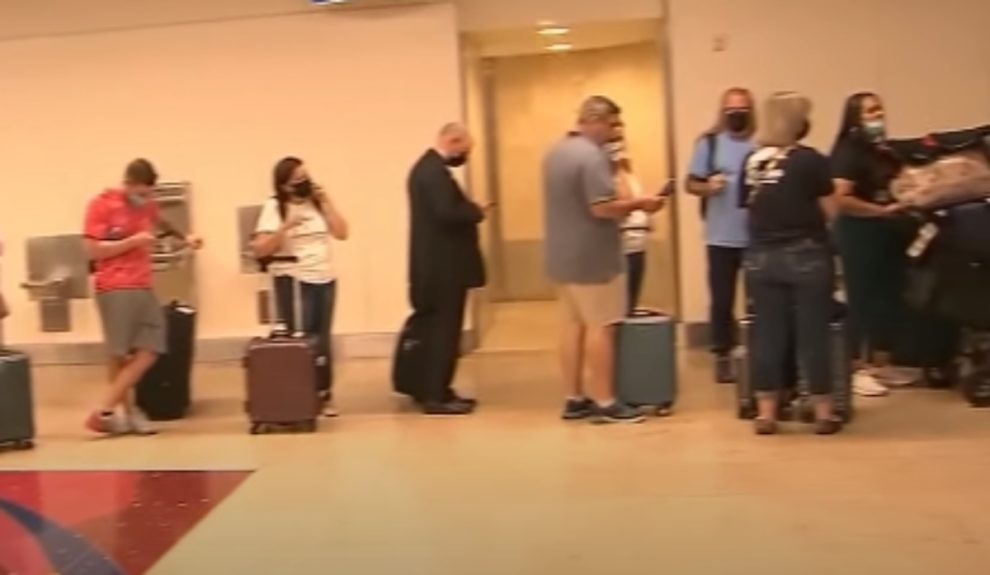 Southwest Airlines canceled hundreds more flights Monday after canceling nearly 2,000 flights over the weekend, blaming the problems on weather and staffing shortages amid speculation that the debacle is linked to the company’s recent COVID vaccine mandate.

According to Flight Aware data, the world’s largest low-cost carrier canceled nearly 350 flights — or one out of every ten scheduled departures — as of Monday at 7 a.m. ET. According to the site, this is by far the highest cancelation rate of any major US airline.

According to the site’s data, more than 300 other Southwest flights were experiencing delays.

The president of Atmosphere Research Group, Henry H. Harteveldt, told The Associated Press that Southwest’s problems could be linked to pilots participating in a sickout protest against the airline’s mandate.

The Dallas-based airline blamed weekend “operational challenges” on air traffic control issues and weather, which resulted in over 1,000 canceled flights on Sunday alone.

Southwest Airlines canceled nearly 800 flights on Saturday and 1,000 on Sunday across the US.

According to the FAA, a brief staffing shortage occurred on Friday but was resolved before the weekend. Flights were also canceled for a few hours on Friday night due to widespread severe weather.

However, the FAA stated on Sunday that “some airlines continue to experience scheduling challenges due to aircraft and crews being out of place.”

Southwest Airlines was the only airline to report such a large number of problems.

Southwest Airlines pilots have asked a court to temporarily halt the company from administering federally mandated coronavirus vaccinations until an ongoing lawsuit over alleged labour law violations in the United States is resolved, Bloomberg reported over weekend.

In its filing on Friday, the Southwest Airlines Pilots Association also requested an immediate hearing before a federal court in Dallas, claiming that the carrier has continued to take unilateral actions that violate the terms of the Railway Labor Act, which governs airline-union relations. Among these steps is the requirement to be vaccinated against Covid-19.