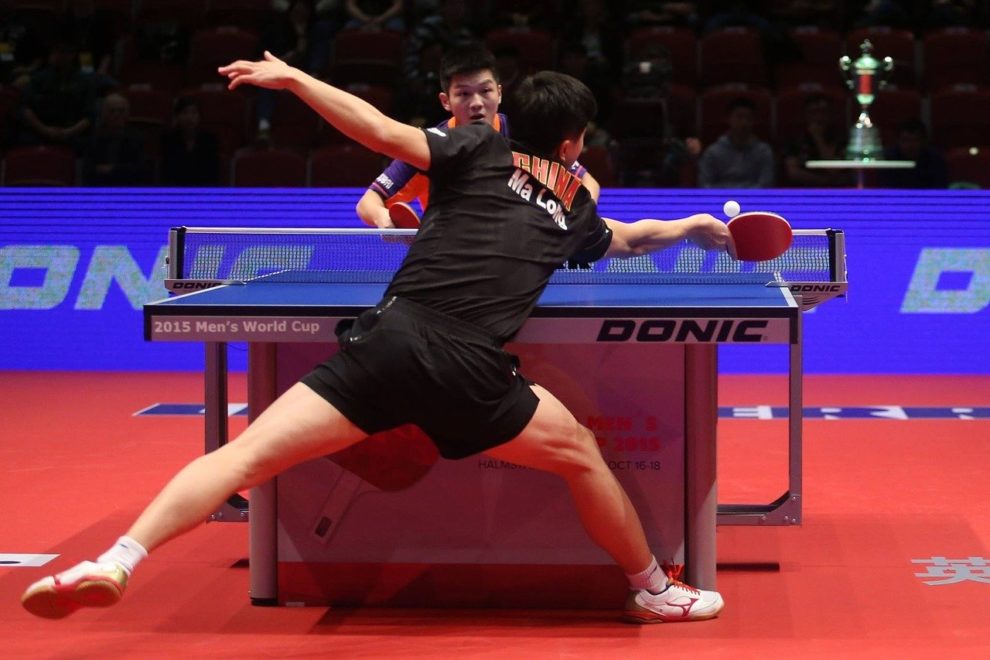 Table tennis officials have vowed to “prevent the recurrence of racist incidents” after a spectator chanted “yellow banana” during star Chinese paddler Liang Jingkun’s round-of-16 match at the World Championships in the United States, according to the South China Morning Post.

During sixth seed Liang’s thrilling 4-3 victory over Liam Pitchford of the United Kingdom, Chinese fans and state media reacted to a member of the crowd at the George R. Brown Convention Center in Houston, Texas, repeatedly chanting “yellow banana, yellow!”

World No. 9 Liang, who had held off a dramatic comeback from Pitchford after leading 3-1 in the men’s singles tie on Friday night, was up 8-4 in the deciding game when the fan began his chant during a break in play, according to the report.

The 15th-ranked Pitchford had taken out a banana to eat while Liang went over to speak with his coach, as a few other fans began to join in on the chant, according to the report.

In Houston, representatives of the International Table Tennis Federation condemned the incident in an interview with China Media Group.

“We got a complaint from the Chinese Table Tennis Association and we noticed something on one night ourselves,” Steve Dainton, Group CEO of the ITTF, said, as per the report.

“And as soon as we got that complaint, together with the local organisers, we took it very, very seriously, and started to take action,” he added.