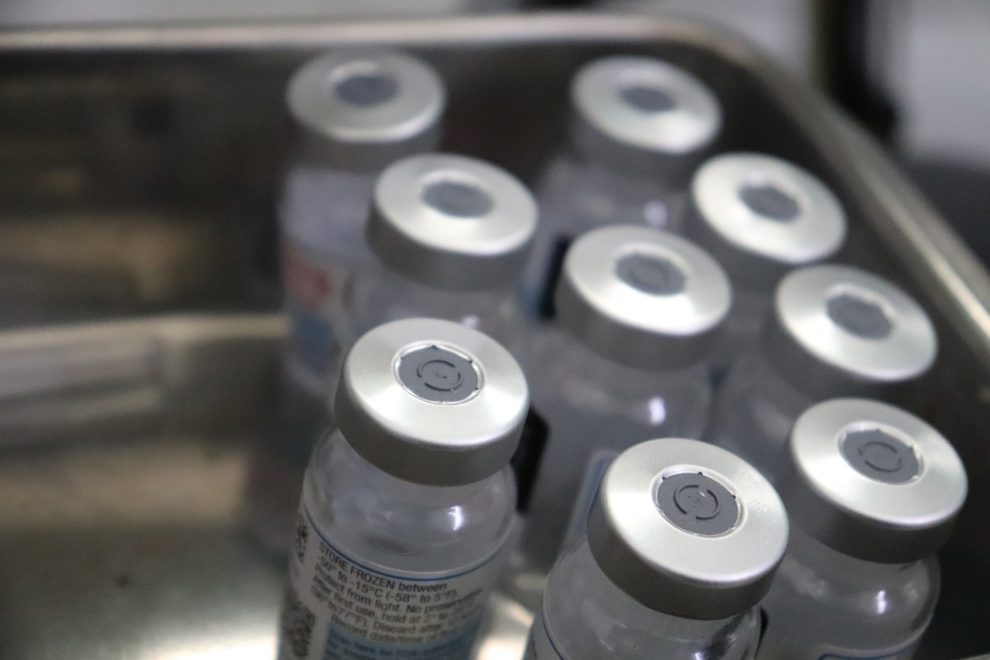 AstraZeneca’s Covid vaccine has been linked to a 30-percent higher risk of getting a very rare blood clotting condition compared to the Pfizer jab, a large international study said Thursday.

Several countries have already altered their advice after previous research indicated that — in a tiny number of cases — thrombosis with thrombocytopenia syndrome (TTS) can be a possible side effect of Covid vaccines that use an adenovirus vector, or “engineered” virus, such as those from AstraZeneca and Johnson & Johnson.

The new study, published in the journal BMJ, was the first to compare thrombocytopenia rates between adenovirus and mRNA vaccines — such as Pfizer — across multiple countries.

The international research team analysed health data from more than 10 million adults in France, Germany, the Netherlands, Spain, the United Kingdom and the United States who received at least one vaccine dose between December 2020 and mid-2021.

In Germany and the UK, they matched the data of 1.3 million people who had a first dose of AstraZeneca to 2.1 million who took Pfizer.

There were a total of 862 “thrombocytopenia events” recorded in the 28 days after a first dose of AstraZeneca, compared to 520 for Pfizer, the study said.

That meant AstraZeneca’s vaccine had a 30-per cent higher risk of thrombocytopenia than Pfizer.

However when it came to a second dose, there was no additional risk between any of the vaccines.

The study was observational, meaning it could not show cause and effect. But the researchers said that additional analysis found the results to be consistent.

While very rare, these risks “should be considered when planning further immunisation campaigns and future vaccine development,” the study said.

Sarah Pitt, a microbiologist at the UK’s Brighton University who was not involved in the research, said the “well-designed” study “adds to the data showing that all vaccines are safe and effective”.

The “extremely rare” cases of thrombocytopenia occurred after just 0.04 per cent of vaccine doses in Germany and the UK, she told AFP.

Most countries had already been avoiding using adenovirus Covid vaccines for the older and young age groups who are more at risk, she added.

European countries have largely pivoted towards mRNA vaccines. AstraZeneca’s jab was never authorised in the US, which limited the use of the Janssen (Johnson & Johnson) Covid-19 jab to certain individuals earlier this year

However both AstraZeneca and Johnson & Johnson’s vaccines play a pivotal role in Covax global vaccine distribution scheme, which provides doses to lower-income countries.