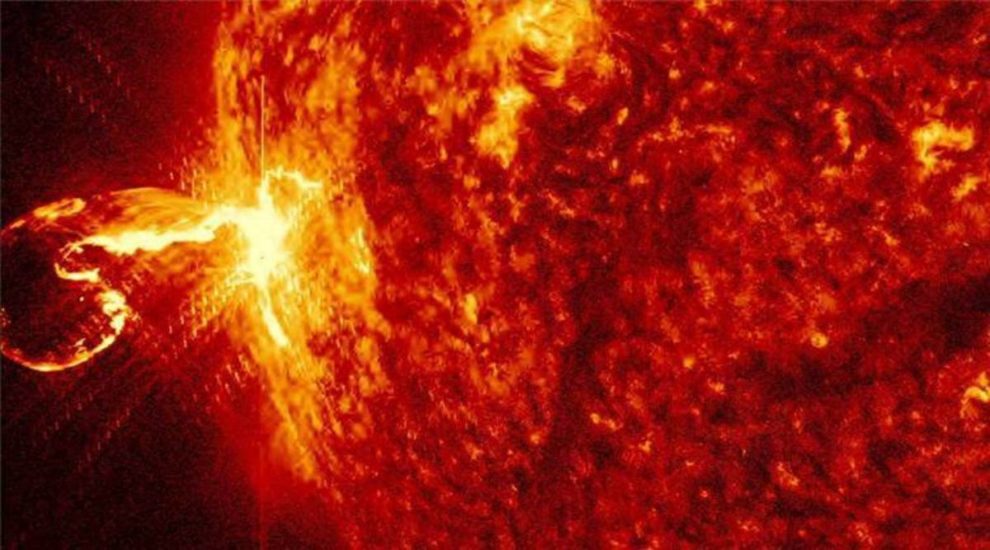 The Sun has fired several rounds of solar flares since last week, all of which have the potential to cause power grid fluctuations and irregularities in satellite orientation on Earth, according to media reports.

Since November 1, the Sun has produced three of the outbursts known to scientists as coronal mass ejections (CMEs), according to Space.com.

A CME is a massive eruption of solar particles caused by intense flares from the Sun aimed directly at Earth.

CMEs are globs of gas and magnetic fields that are ejected into space by sunspots, which are knots in the Sun’s magnetic field. Two of these outbursts were caused by the sunspot AR2887 on November 1 and 2. Later that day, on November 2, a second sunspot called AR2891 also produced a CME.

According to SpaceWeather.com monitors, the third outburst, dubbed “cannibal,” is moving faster than its two predecessors, and it swept through all of one previous CME and a portion of the other.

All three CMEs have been pointing in the direction of Earth, and scientists predict that the resulting large CME will arrive and cause geomagnetic storms to begin on Thursday, according to the report.

The National Oceanic and Atmospheric Administration’s (NOAA) Space Weather Prediction Center (SWPC), which monitors CMEs and other similar events, has issued a minor geomagnetic storm watch for Wednesday and a moderate watch for Thursday.

SWPC has issued a warning about potential power grid fluctuations and satellite orientation irregularities as a result of these storms. The storms could also cause spectacular aurora displays as far south as New York, Wisconsin, and Washington, according to the forecast.

The sun’s activity is governed by an 11-year cycle; the sun is currently in what scientists call “solar cycle 25.” This cycle is expected to peak in 2025, and early forecasts indicated that it would be a fairly moderate cycle, similar to its predecessor.

NASA said in a statement on Friday that the Sun emitted an X1-class flare, the most intense so far.

“POW! The sun has just delivered a powerful flare “According to a tweet from the US space agency.

According to SWPC, the X1-class flare caused a brief but significant radio blackout across the sunlit side of the Earth, centred on South America.

Sun erupts with 17 flares from a single sunspot, unleashing solar storms toward Earth