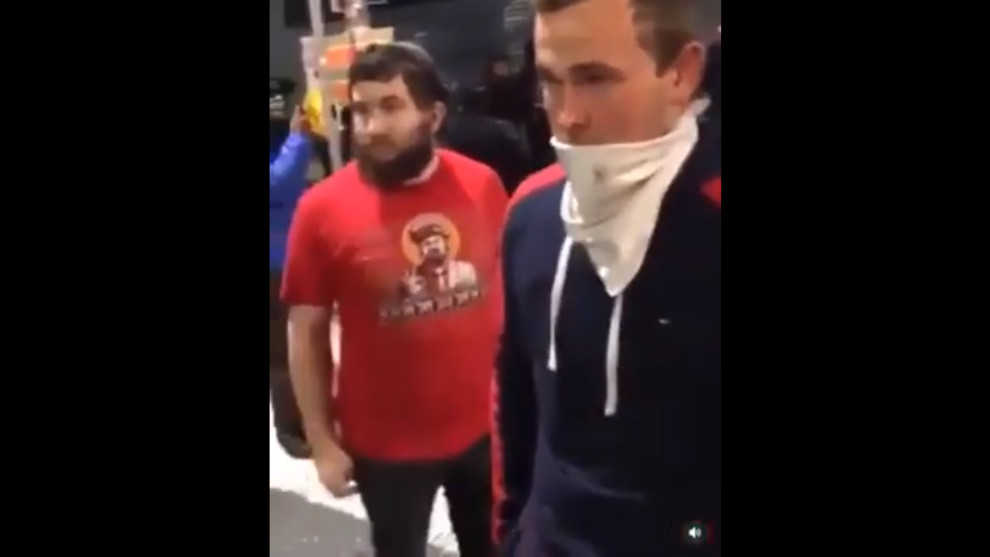 A video surfacing on social media depicts rioters kicking out Jews from the Philadelphia staging area. The rioters can be heard saying that Jewish men belong to the “synagogue of satan” they are also heard shouting, “you don’t live here.” Several people responded to this video by citing a biblical verse 2:9, “I know thy works, and tribulation and poverty, (but thou art rich) and I know the blasphemy of them which say they are Jews, and are not, but are the synagogue of Satan.”

One user tweeted, This is incredibly disturbing. Last night during disturbances following the shooting of Walter Wallace, a group of Jews was ordered to leave & insulted before being physically shoved by one of the protestors!” While another tweeted, “Black Lives Matter rioters in Philadelphia threaten, assault, and chase out Jewish residents claiming “you don’t live here” and call them members of the, Needless to say, the behavior displayed by rioters was extremely unfair. People need to realize that these scriptures were written centuries ago; hating on people who meant no harm is both illogical and unethical.

Another user tweeted, Visibly Jewish young men attend a BLM protest offering solidarity and get kicked out by several people there. They’re physically pushed away and called Synagogue of Satan.” This is Farrakhan lingo, plain and simple. Ugly antisemitism — should be repudiated by all anti-racists.” The video from Philadelphia showing Jews being asked to leave the area has attracted backlash from several people for discrimination.

What did the rioters mean by the “synagogue of Satan”?

In scriptures of early Christian churches, especially those of Smyrna and Philadelphia, references are made to a synagogue of satan. The term is used to refer to a group that persecuted and rioted against the church, these people were mentioned in the following words, “who say they are Jews and are not”. It is widely known that the specific group of people being referred in this scripture are jews who revolted against Jesus.

This biblical verse has been manipulated and twisted to justify hatred and resentment against jews. However, modern scholars disregard these verses as being interpreted without context. These verses have been widely used in Philadelphia to harbor ill feelings for Jewish people. Another narrative rampant in Christian narratives is that one day the persecuted Christians will be triumphant over Jews. On such a day, the Jews will be forced to submit to Christians. Christians believe that this will make it clear that God stands with them rather than the unbelievers.

The hatred for Jews is apparent in tweets like these, “These were never men of God. They are here to serve the synagogue of Satan masquerading as men of God. In any case, the Bible warns us about these wolves.”