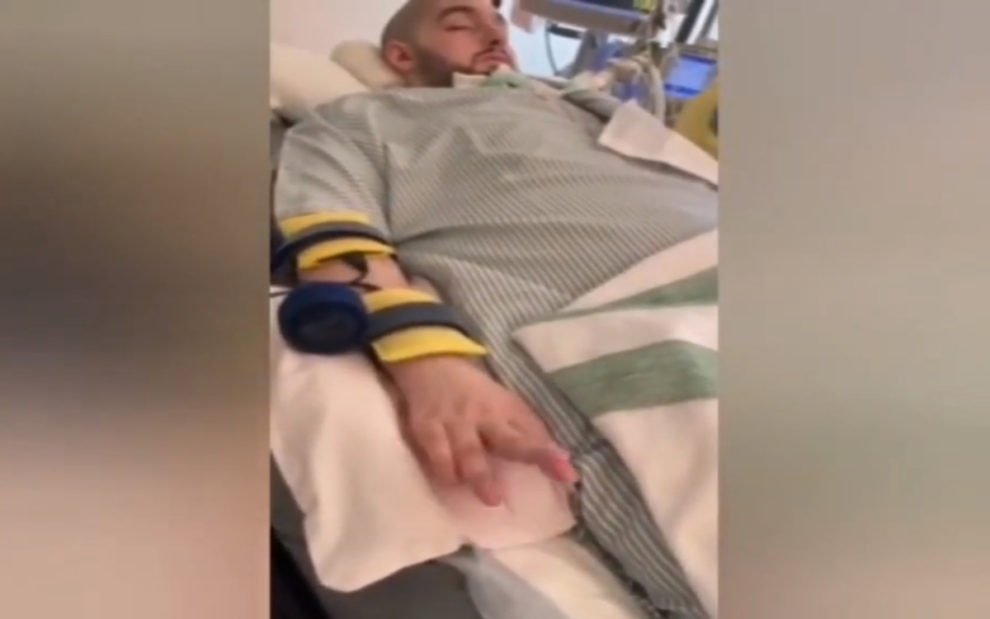 A viral video shows a Saudi prince who has been in a coma for 15 years performing an unexpected act of lifting his hand. You can watch the amazing video here.

Prince Al-Waleed bin Khalid Al-Saud has been in a coma for 15 years, he suffered a brain hemorrhage after a crash in London, England in 2015.

Prince Al-Waleed bin Khalid Al-Saud was studying at a military college in London, the UK at the time of the accident.

It’s worth noting that the accident happened when the Saudi Prince was just 18 years old. Therefore, the prince spent more than half of his life in a hospital bed.

The viral video has been viewed nearly 300,000 times on Twitter and was shared by Saudi princess Noura bint Talal Al-Saud among other big-following verified accounts.

Video of Saudi Prince Moving Hands After Being 15 Years In Coma: