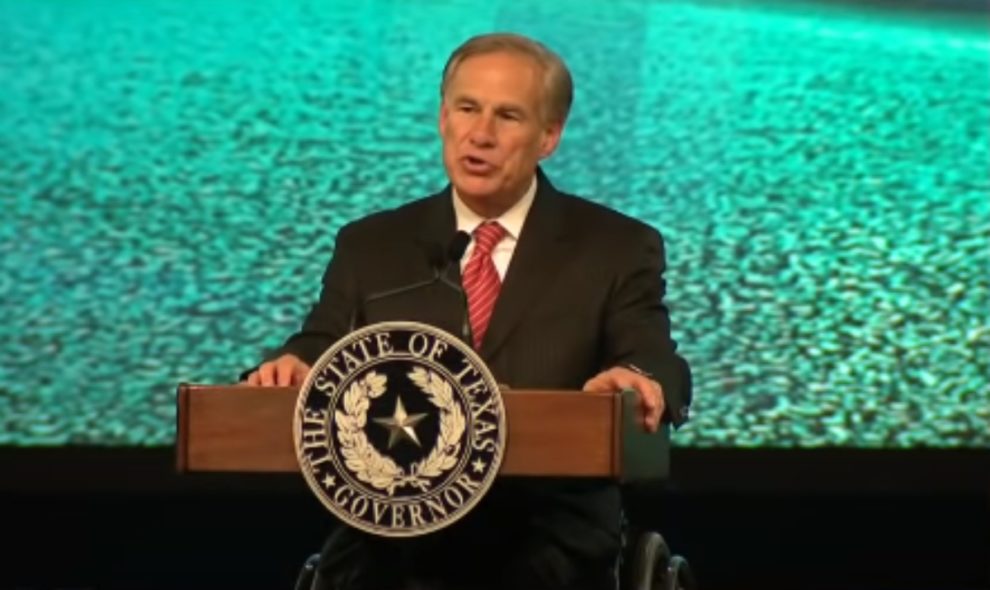 AUSTIN – Governor Greg Abbott today sent a letter to Texas Association of School Boards Executive Director Dan Troxell urging him to ensure that no child in a Texas public school is exposed to pornography or other inappropriate content.

“A growing number of parents of Texas students are becoming increasingly alarmed about some of the books and other content found in public school libraries that are extremely inappropriate in the public education system,” reads the letter. “The most flagrant examples include clearly pornographic images and substance that have no place in the Texas public education system. You have an obligation to Texas parents and students to ensure that no child in Texas is exposed to pornography or other inappropriate content while inside a Texas public school.” 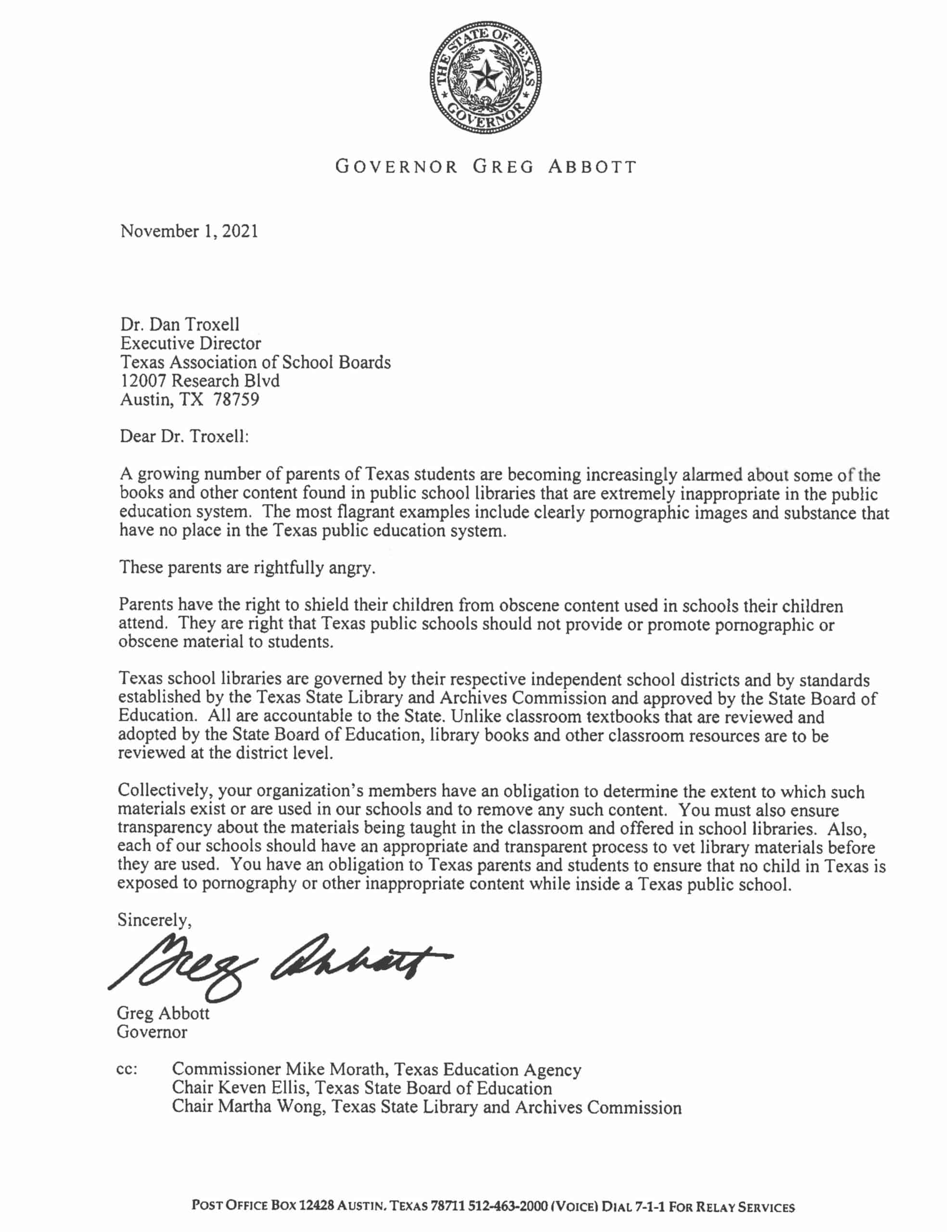