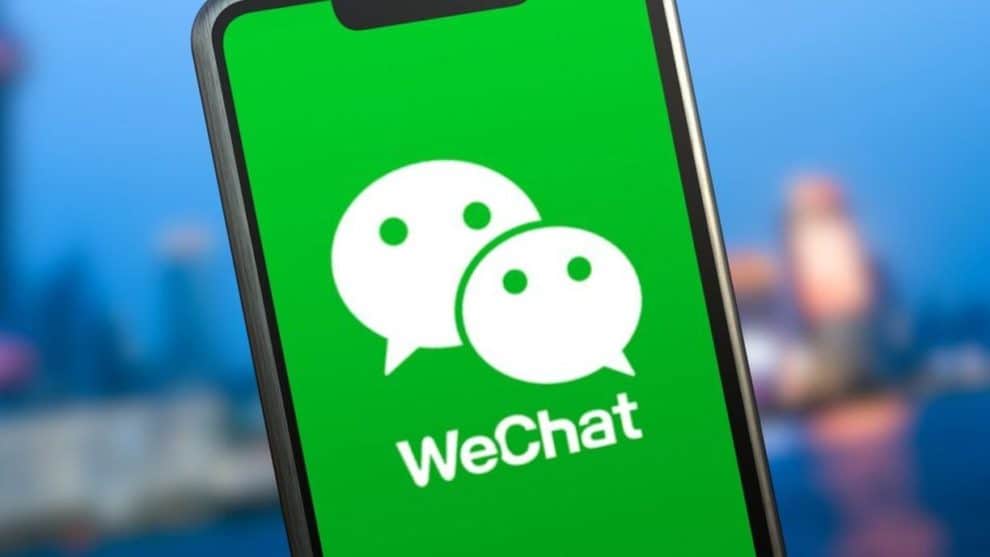 WeChat, released in January 2011 for the first time, is a Chinese messaging and social media app, developed by Tencent. With over one billion users, the messaging app is considered the most popular in China. However, as for other countries, including the US, the app isn’t widely used. WeChat offers its users with a great chat experience and support for free video and voice calls. Apart from that, it also has an e-wallet option, which helps its users to make payments easily. With all these features and many more, one could easily conclude that it’s the best messaging app. However, because of the reported security concerns that it poses on its users, it is now a matter of concern for a lot of users. Therefore, we have gathered a list of top 10 best WeChat alternatives for you to try out. 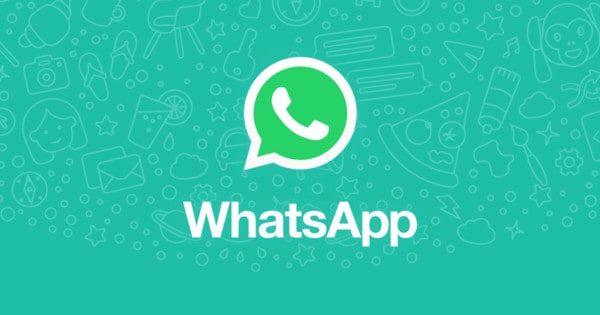 With over 2 billion users across the world, surely you’ll agree that WhatsApp deserves the first position on the list of top 10 best WeChat alternatives. The popular messaging app, launched in 2009, offers its users with a host of amazing features. Some of them include free video and voice calls, dark themes, and end-to-end encryption for additional security. Apart from that, WhatsApp also offers its user the ability to send and receive unlimited messages, images, and files, at zero cost. As for its compatibility feature, Whatsapp provides support for almost all devices, including Android, Windows, Apple, and web browsers.

Telegram, released in August 2013, is a cloud-based instant messaging app. Although the app isn’t as popular and versatile as WhatsApp and WeChat, it’s one of the few apps you can trust with your security. That’s because it makes use of a combination of 2048-bit RSA encryption, 256-bit symmetric AES encryption, and Diffie–Hellman secure-key exchange, for additional security. Apart from that, Telegram also provides its users with a better messaging experience. Unlike WeChat, which only allows up to 500 members in a group chat, you can add up to 200,000 members in a group on Telegram. Currently, the messaging app sits on the second position on the list of top 10 best WeChat alternatives. 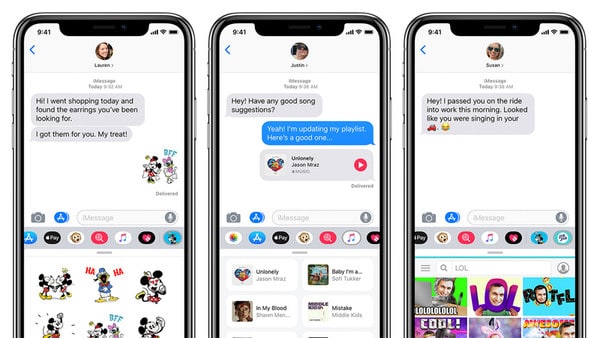 To start with, Apple released the iMessage app for the first time on October 12, 2011. Although the messaging app is only compatible with devices running iOS and macOS, it’s the third on the list of top 10 best WeChat alternatives. That’s because of its lovely effects and features, including Memoji and Animoji. It also allows its users to chat, using gestures. You’ll gain a lot of benefits when you opt for iMessage, as a replacement for WeChat. One of them is that you’ll be able to send and receive unlimited messages with data or WiFi connection. Apart from that, you won’t need to install it before use, as it comes preinstalled on iOS devices. Also, it has end-to-end encryption, which helps to prevent security and privacy issues.

Messenger, initially released in August 2011, is a messaging app developed by Facebook. In case you’re looking for a reliable app to replace WeChat, you can always trust the Messenger app. That’s because it offers a lot of features, including allowing its users to make video calls with up to 50 people at a time. Apart from that, it also allows its users to send Gifs, images, and many more, effortlessly. Interestingly, you can make payments in a very secure way, on the Messenger app.

The Skype messaging app has been around since 2003. Currently, it has a total of about 40 Million active users, making it one of the top 10 best WeChat alternatives that you can try out on your iOS or Android device. Although there are several video conferencing tools out there, only a few are capable of matching Skype. That’s because the developer always releases regular updates to improve on the effectiveness of the app. Talking of what Skype offers, it includes allowing users to share screen, connect with ease, and initiate a group video call, at zero cost. It also supports many devices, such as Windows, Android, Mac, and Linux. 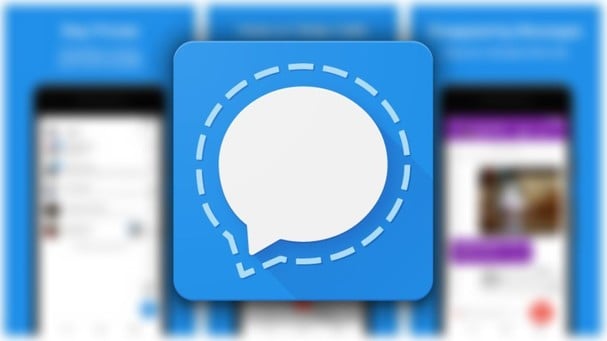 Signal, initially launched in 2014 by Signal Messenger LLC, is a popular messaging and social media app in the US. It currently sits on the sixth position on the list of top 10 best WeChat alternatives because of its amazing features. One such is that it uses end-to-end encryption to protect its users from security and privacy-related issues. Apart from being reliable to use, Signal has a beautiful and user-friendly interface, offering a better chat experience. Also, it provides its users with the ability to send text messages, make video and voice calls, and many more, with ease.

Unarguably, Snapchat is one of the top 10 best messaging apps that you can consider as an alternative to WeChat. That’s primarily because of the fun element that the app offers its users. Snap chat has a host of amazing features that makes it one of the most reliable messaging apps for you. Some of them include instant messaging, video streaming, performance tracking, creative library, campaign dashboard, and many more. As for its compatibility, the social media app works well on almost all devices, including Android and iOS.

Viber, released for the first time in December 2010, is one of the top 10 best apps that you can consider to replace WeChat. That’s primarily because the app is reliable and very secure to use. Apart from that, it has about 1 billion registered users, making it a tough competition for WeChat and other messaging apps. Viber has a clean interface and supports almost all devices, including Android, iOS, Linux, Mac, and Windows. 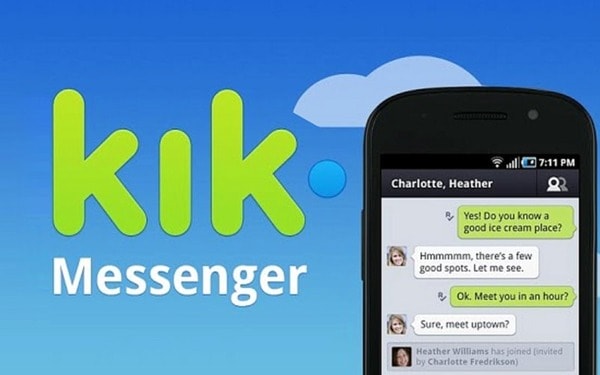 Kik Messenger, released in 2010, is one of the most reliable apps on the list of top 10 best WeChat alternatives. To start with, it offers its users with a fun-loving messaging experience. And besides that, it doesn’t require a lengthy sign-up process before one can get started quickly on it. Furthermore, if you’re the type that likes memes, then opting for Kik messenger will be a better decision for you. 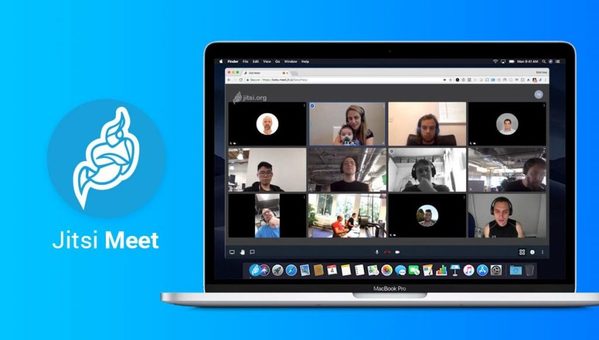 Jitsi Meet was initially released in 2003 by Emil Ivov. With a total registered user of 10 million, the messaging app is not as popular as WeChat and many other apps on this list. However, considering what it offers, it’s one of the reliable apps on our list of top 10 best WeChat alternatives. Jitsi Meet is very secure and can function in place of Zoom for your video conferencing needs. Apart from that, it allows its users to send and receive unlimited messages at zero cost. However, it doesn’t work well on a few platforms, including Firefox.