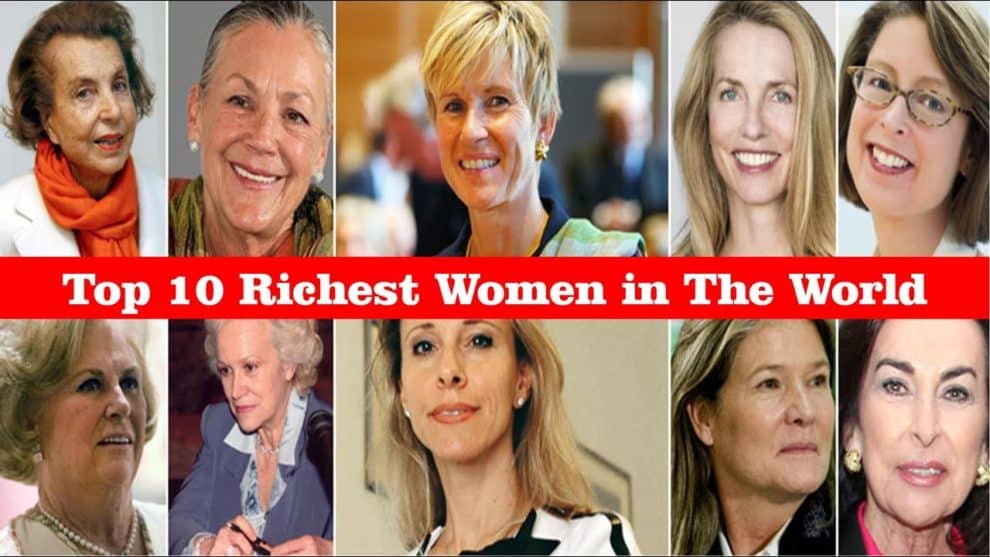 Women are the real architect of society. A woman doesn’t merely stand up for herself but stand up for all the women who are surviving in society. Let’s discuss the top 10 women who work hard and now standing in the billionaire richest women list:

About the Top 10 richest women

MacKenzie Bezos is a 48-years old lady who married with Amazon founder in 1993. She met with Amazon founder in a hedge fund. Her net worth is around $36 billion which seems to be higher in 2020. She has also set up an anti-bullying organization – Bystander revolution. It is founded with the motive of kindness, encouragement, and enclosure.

Yang Huiyan is a 37 years old lady who has owned properties in China and has been emerging as China’s building boom. She is the owner of the Country Garden developer which is ranked as third-biggest property. She gained 57% of her worth from her father’s company and has a net worth of $20.3 billion.

Julia and her three children inherited a 42% stake from her husband’s Koch industries after his (David) death in 2019 at the age of 79. She lives in New York, United States — falling among the top 10 women and has worked as an assistant to fashion designer – Adolfo. Her net worth is $38.2 billion.

Jacqueline, a 79 years old with a net worth of whopping $24.7 billion. The world’s largest confectioner is set up by her grandfather – Frank in 1911. She has gained 3rd of company Mars from the property and considers among the top 10. Mars is also manufacturing pet food in the US and earning great revenue.

Alice Walton – a daughter of Walmart founder Sam Walton has been declared as the top 10 richest women of the world. She worked hard and raised business 23% by her fortune. She lives in the United States and stands at the net worth of $54.4 billion.

Susanne Klatten ranked as 2nd richest woman in Germany with a net worth of $16.8 billion. She is in proprieties with automaker BMW, a chemical group named Altana AG, soil additive company — Geohumus. Susanne worked hard in renovating her grandfather’s Altana group into a pharmaceutical organization.

Rinehart is an Australian richest woman whose source of wealth is mining. Her net worth is $13.1 billion. The major portion of her wealth comes from her father’s, Lang Hancock efforts. She is a chairperson of the agriculture company Hancock Prospecting since 1992.

Francoise is the granddaughter of L’Oreal founder. She took hold after the death of her mother at age 94 who was the world’s richest woman. Francoise’s company earned $400 million before the coronavirus breakdown. Her company is now preparing hand sanitizer for French and European countries. Her net worth is 48.9 billion.

Laurene and her family inherited major stakes from her husband Steve Jobs who was the co-founder of Apple. She is declared as the 54th richest woman in the world with a net worth of $16.4 billion. She invests in Atlantic magazine as well as non-profitable publications like ProPublica and Mother Jones.

Abigail is among the 3rd generation who is investing in Fidelity Investments. Fidelity Investments is a confidentially-held shared fund by Edward C. Johnson II. She took charge of the company and worked hard to maintain the net worth up to $16.3 billion.

If you have a competition of top 10 hardworking, intelligent, self-devoted, diligent, motivated and richest women that you will find above named women in the first queue.