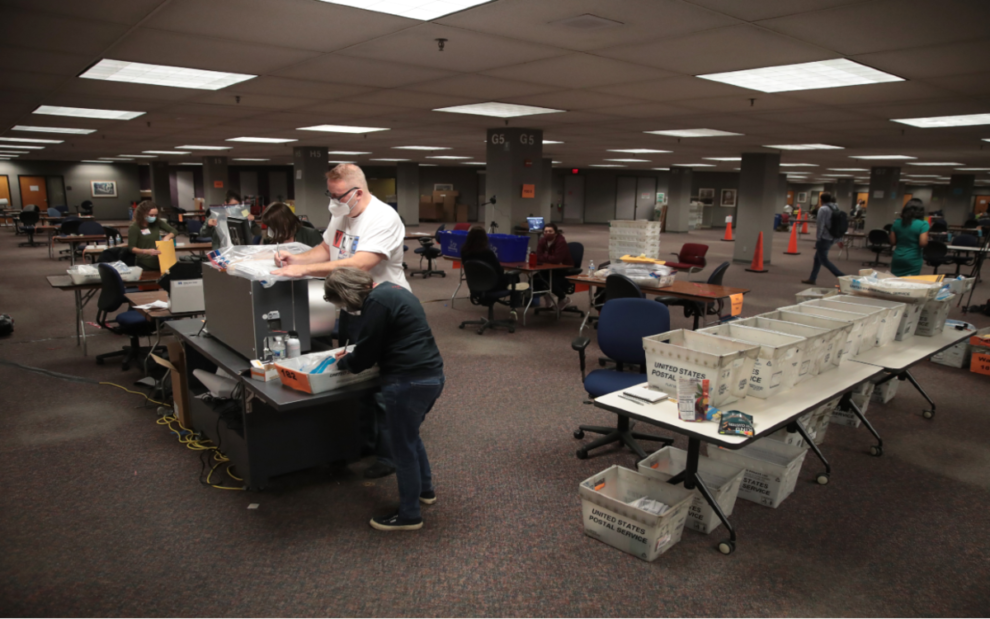 Update: The FoxNews Chief White House Correspondent has updated regarding the situation. He tweeted, “UPDATE TO BREAKING: The @realDonaldTrump WI recount request will NOT be statewide – it will be a PARTIAL recount in several key counties. No word on WHICH counties yet.” He also added, “Limiting the @realDonaldTrump recount to a handful of counties will obviously greatly reduce the $7.9 million price tag of a state-wide recount in WI.”

Reports suggest that Donald Trump’s campaign will be filing a suit for recounting of votes in the state of Wisconsin today. Trump campaign has filed for a recount in several other states previously as well, Donald Trump contends that voter fraud took place on a massive scale during the presidential election of 2020. State Elections Commission revealed that the Trump campaign will have to pay a sum of $7.9 million in order for the recount to commence in the state of Wisconsin.

This information was revealed by the FoxNews Chief White House Correspondent, John Roberts. He tweeted, “BREAKING: The @realDonaldTrump Campaign will be filing for a recount in the state of Wisconsin today.”

“The legal team continues to examine the issues with irregularities in Wisconsin and are leaving all legal options open, including a recount and an audit,” said Jenna Ellis, the legal adviser for Trump in 2020 said when inquired regarding the campaign’s plan to move ahead with a petition for a recount.

The deadline for requesting a recount is today and Trump’s campaign is making full use of the opportunity. As of Wednesday, Joe Biden was in the lead in Wisconsin by over 20,000 votes. This is the closest margin among the three Midwestern blue states that Biden flipped back after Trump was winning them in the presidential election of 2016.

Would recount result in further uncertainty?

Trump’s campaign also has the choice to opt for requesting recounts only in certain counties, this would significantly reduce the cost. A recount would have to start no later than Saturday and the results will probably be available somewhere around December, the recount will plunge the country into further uncertainty.

Trump and other Republicans have repeatedly made claims and allegations of fraud and irregularities in the Wisconsin election. These allegations have been without evidence, and have been termed “baseless” by the authorities. The state’s top elections chief and local officials maintain there were no significant reports of difficulties or wrongdoing in Wisconsin.
It is equally possible that the recount does not bear a positive result for the Trump campaign. A recount in different counties will take a substantial amount of time which will further cause anxiety and tensions on the international front.  The Trump campaign does not seem to accept the election results any time soon.
TagsDonald Trump US election
FacebookTwitter