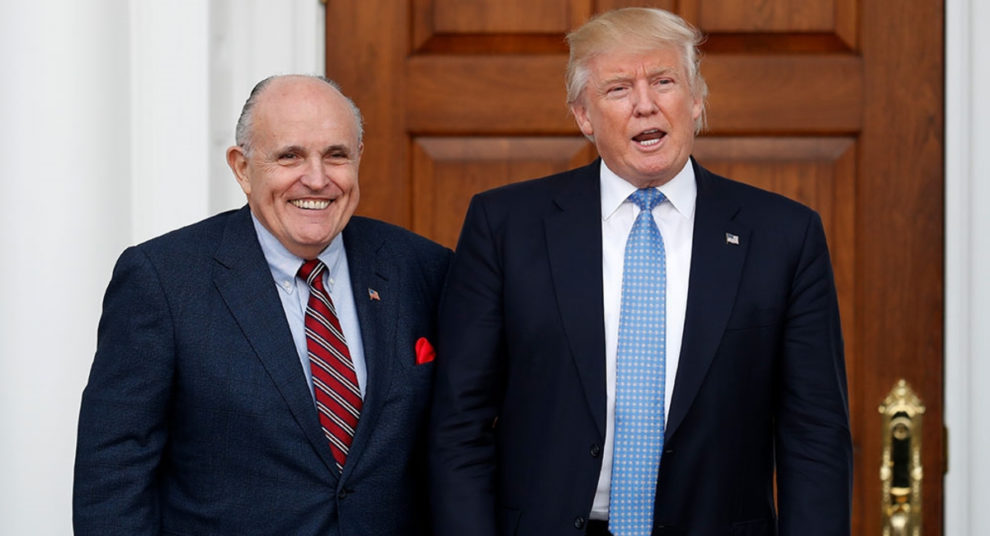 Donald Trump, in his latest statement on Thursday, reacts to Rudy Giuliani’s law license’s suspension, says ‘All of New York is Out of Control’.

”Can you believe that New York wants to strip Rudy Giuliani, a great American Patriot, of his law license because he has been fighting what has already been proven to be a Fraudulent Election? The greatest Mayor in the history of New York City, the Eliot Ness of his generation, one of the greatest crime fighters our Country has ever known, and this is what the Radical Left does to him. All of New York is out of control, crime is at an all-time high—it’s nothing but a Witch Hunt, and they should be ashamed of themselves. TAKE BACK AMERICA!” 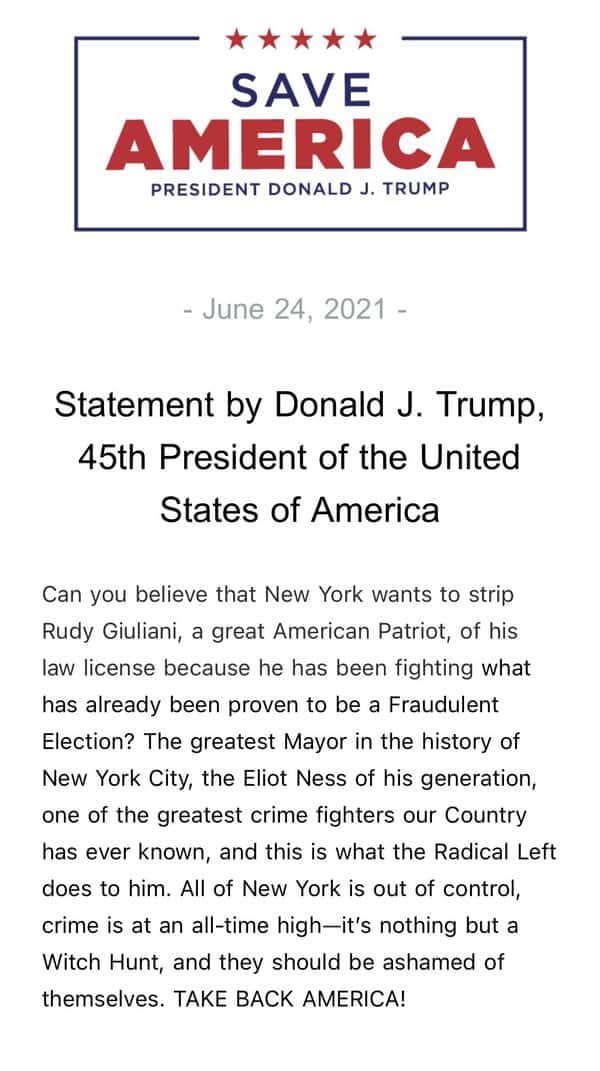