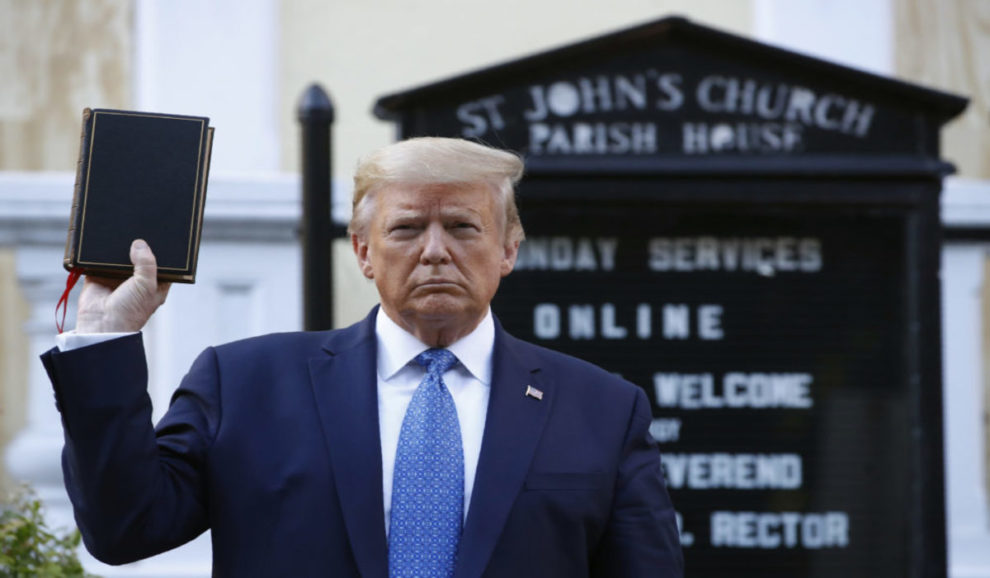 According to a new book, Speaker Nancy Pelosi (D-Calif.) was concerned that former President Trump would launch nuclear weapons in his final days in office.

According to book “I Alone Can Fix It”, Pelosi wished to prevent Trump from starting a war and launching nuclear weapons as one of his final acts in office.

Nancy Pelosi is a known nut job. Her enraged quotes that she was afraid that I would use nuclear weapons is just more of the same. In fact, I was the one that got us out of wars, not into wars. And I was the one who got respect for our Country again, not like now when the leaders of the entire world are laughing at us. They didn’t laugh when I was there! 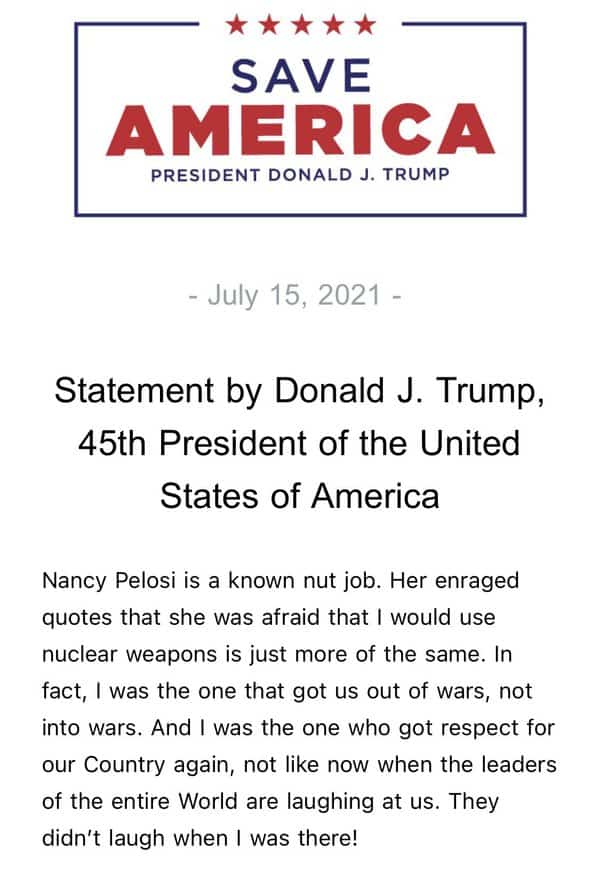