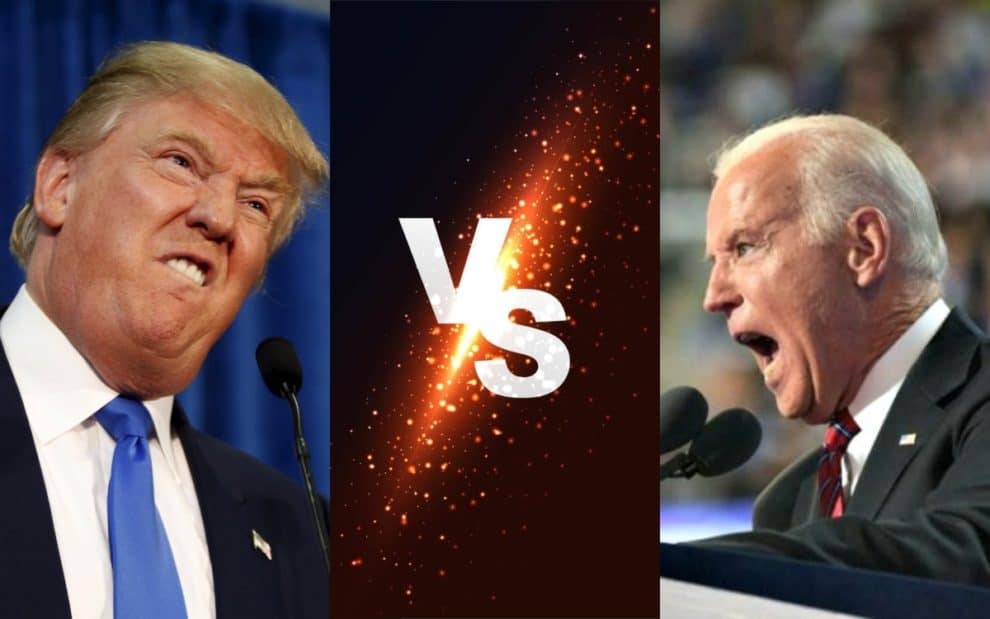 Three debates between the presidential candidates are scheduled to take place on September 29, October 15, and October 22, 2020. The first debate took place yesterday and has gone viral all over social media. We compiled some viral quotes of the first presidential debate of 2020.  The debate can best be summarised in the following tweet, “we got three white guys continuously interrupting each other bruh this is just a college discussion class.”

Biden says “InshAllah” over the release of Trump’s tax returns

When inquired about his tax filings following revelations by the New York Times that he had paid little to no taxes over the past few years, Trump said that he had actually paid millions in taxes. The US president, a self-proclaimed billionaire, has refused to release his tax filings. During the presidential debate,  he told the debate moderator that people will eventually “get to see” his taxes. That’s when Biden promptly uttered “When? Inshallah?”

“Inshallah”, an expression used across the Arab and Muslim worlds. The expression can literally mean “if God wills it” in Arabic. It is also said to express vagueness and a hint of non-committal. Biden’s use of “inshAllah” when viral among Muslims. One user tweeted, “Not only did Biden say “Inshallah”, he used it in the colloquial context meaning “not really”.

The debate became more interesting when Biden accused Donald Trump of failing to confront Russia, accusing the US leader of being the “puppy” of Russian President Vladimir Putin. “Putin carries him around like a puppy in one of those little puppy cages,” Biden said, according to a pool report sent out by the former vice president’s campaign team.

Russia and Putin have loomed over Trump since the campaign trail, amid allegations of an improper relationship between the New York billionaire and the Kremlin. Since coming into office, the president has had to fight off investigations into pro-Trump Russian meddling in the 2016 presidential election.

He has also been repeatedly accused of pursuing foreign policy beneficial to Moscow while cozying up to Putin in public despite the strongman’s corruption, human rights abuses, and attacks on U.S. allies.

“It was the first debate of the Covid election, and so, there were no handshakes. But boy, was it gloves off. Two old men going at it, like two furious little boys.”

The Guardian described the presidential debate 2020 as a “national humiliation”. “The rest of the world – and future historians – will presumably look at it and weep,” the paper wrote, adding that Mr. Biden was the only man who looked “remotely presidential” on the stage and saying that if Mr. Trump was re-elected in November, “this dark, horrifying, unwatchable fever dream will surely be the first line of America’s obituary.”

“You were a disaster … China ate your lunch,” he said, at one point

Some people also felt that the moderator was much worse than both the gentlemen. Caroline Overington says, “the worst performer wasn’t Trump, and it wasn’t Biden, either. It was the moderator, Chris Wallace.” It was the moderator, Chris Wallace, who at one point was reduced to begging a hectoring Trump: “Please sir, stop.” In his defense, he had no ability to cut the mics. That has to happen before the next debate, so the audience at least gets the chance to hear what the candidates have to say. They, of course, should make it worth hearing.

“Will he just shush for a minute?”

“Why don’t you inject some bleach into your veins?”

“You were a disaster.. China ate your lunch.”

“You’re the worst president America ever had.”

Trump’s Facebook ban likely to be overturned in coming weeks