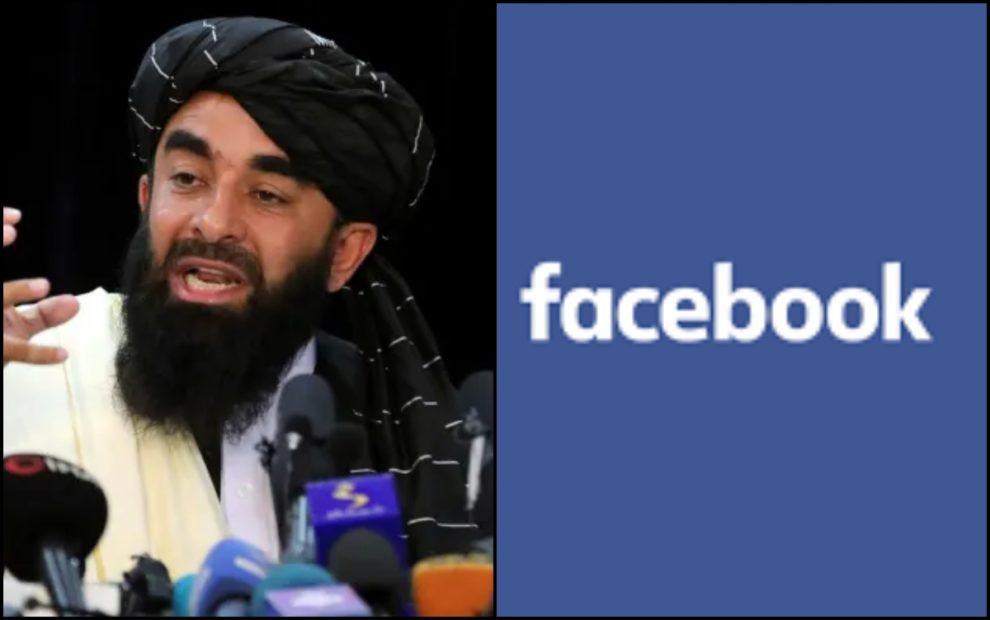 Facebook enforced a ban on all content praising and supporting the Taliban on its platform, citing the group’s classification as terrorists.

According to statements made to the BBC, the social media giant considers the Afghan group, which has used social media platforms to spread its messages for years, to be a terrorist organisation.

The Taliban spokesman got a question about freedom of speech and he said the question should be asked to US companies like Facebook who claim to promote it while still censoring pic.twitter.com/woXd5RRCWK

A Facebook spokesperson said: “The Taliban is sanctioned as a terrorist organization under US law and we have banned them from our services under our Dangerous Organization policies. This means we remove accounts maintained by or on behalf of the Taliban and prohibit praise, support, and representation of them.”

Today, during a press conference, the Taliban, when confronted with a critical question about their lack of support for free speech, shifted the focus to social media platforms such as Facebook.

According to Facebook, the accounts managed by or on behalf of the Taliban, as well as those that admire, support, and represent them, are no longer allowed on its platform.

Twitter is under fire for allowing the Taliban to use its platform while still blocking former President Donald Trump and censoring other right-wing American accounts.

Zabihullah Mujahid, a spokesman for the Taliban that has taken control of Afghanistan, has been using the platform to provide updates on the group’s progress.

“The situation in Afghanistan is rapidly evolving,” Twitter told Fox News. “We’re also witnessing people in the country using Twitter to seek help and assistance. Twitter’s top priority is keeping people safe, and we remain vigilant. We will continue to proactively enforce our rules and review content that may violate Twitter Rules, specifically policies against glorification of violence and platform manipulation and spam.”

Twitter Notes: A way to write longer than normal tweets