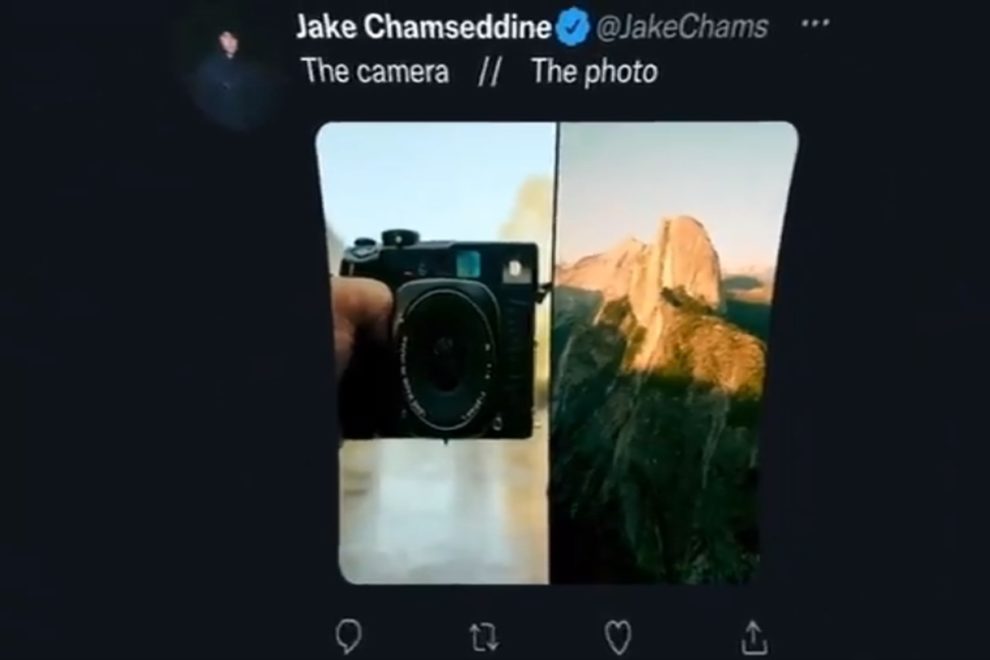 If you open Twitter on your iOS device today, you might notice a new timeline design that emphasises photos, videos, and GIFs. Twitter confirmed today that it is currently testing this new design on iOS in preparation for a possible full release.

New layout of Twitter for iOS stretches images, videos, and GIFs to fill the entire screen. This change essentially gives Twitter for iOS an edge-to-edge design that eliminates the side margins. According to Twitter:

Now available for iOS testing: Tweets that span the width of the timeline, giving your photos, GIFs, and videos more space to shine.

Edge to edge Tweets that span the width of the timeline so your photos, GIFs, and videos can have more room to shine. pic.twitter.com/luAHoPjjlY

Twitter explains the new design in a tweet, “Video summary: upbeat music plays as the Twitter Home timeline scrolls up to show bold colorful images and GIFs. They begin to animate and expand, showing a new test that will display Tweets and media edge to edge, across the width of the timeline to give them more room to shine.”

It is unclear when or if Twitter intends to roll out this new design to all users at this time, but it is currently in the “testing” phase. This is the second time Twitter has considered changing the way media is displayed in Twitter for iOS.

As part of its efforts to reduce the bias of its photo algorithm, Twitter implemented a change earlier this year that displayed full-size images in the timeline.

What do you think of the latest Twitter app test? Do you prefer the new edge-to-edge design? Tell us your views in the comments section below.

A user wrote, “What’s up with this new Twitter timeline with no timestamps and only faint dividers between tweets??”

One user said, “Does anyone else find this new Twitter timeline update awful? Or am I being a curmudgeon?”

“This new twitter timeline is weird. Everything seems a lot bigger & strange,” another user said.