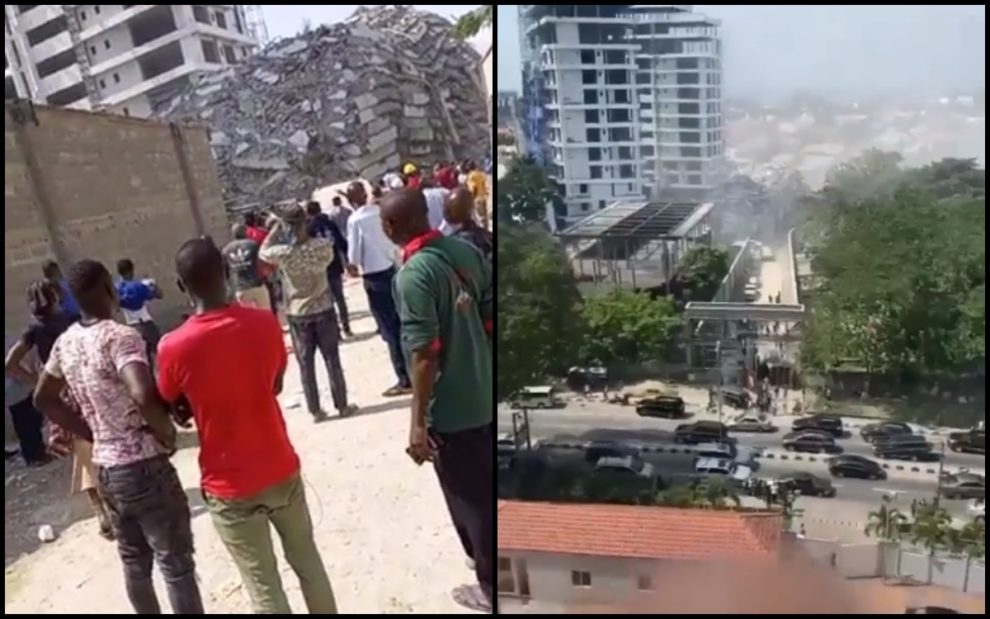 On Monday, a 21-story building in Lagos collapsed, trapping scores of people beneath the rubble.

According to eyewitnesses, some workers may have been trapped beneath the rubble.

According to reports, emergency personnel are on their way to the scene.

VIDEO OF 21-STOREY BUILDING THAT COLLAPSED IN IKOYI, LAGOS

21-storey building under construction collapsed minutes ago in Ikoyi, Lagos. Many trapped under the rubble. @lasemasocial @jidesanwoolu send emergency services there quickly pic.twitter.com/y6yMJaGCNE