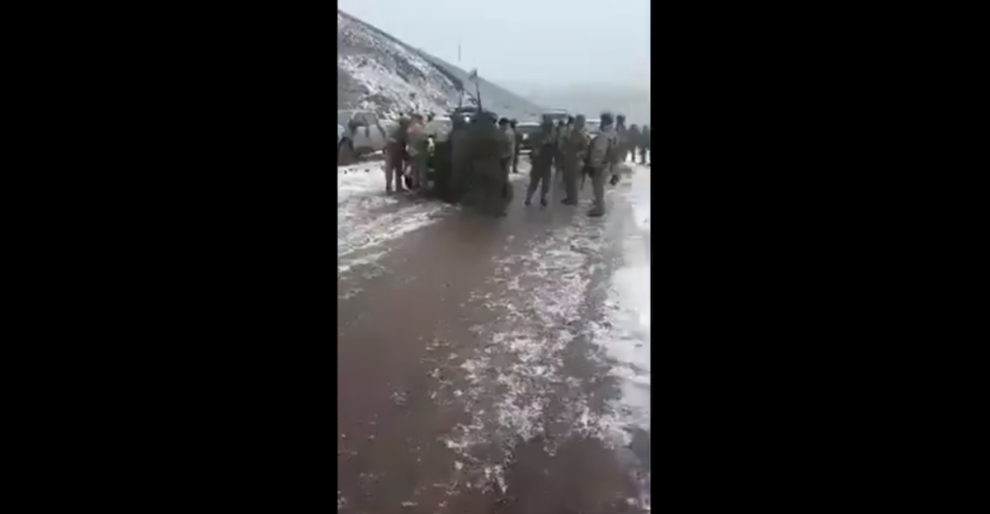 A video posted by an Armenian journalist claiming that Azerbaijani army has entered into the area of Sotk gold mine in Armenia is doing rounds of social media.

The Armenian Ministry has refuted news claiming dozens of Azerbaijani army officials had entered the territory of Sotk gold mine in Armenia’s Gegharkunik province.

In an interview with Armenpress, Spokesperson of the Prime Minister Mane Gevorgyan also denied the reports and said that the news is not real.

Armenian News-NEWS.am reported that nearly 250 Azerbaijani army officials, including high-ranking servicemen in Israeli armored vehicles arrived in Armenia and entered the territory of the gold mine.

“Rumors circulating in various media outlets that Azerbaijani troops entered the Sotk gold mine and demanded that employees vacate the area do not correspond to reality,” the Defense Ministry said.

Armenia to withdraw all troops from Nagorno-Karabakh region