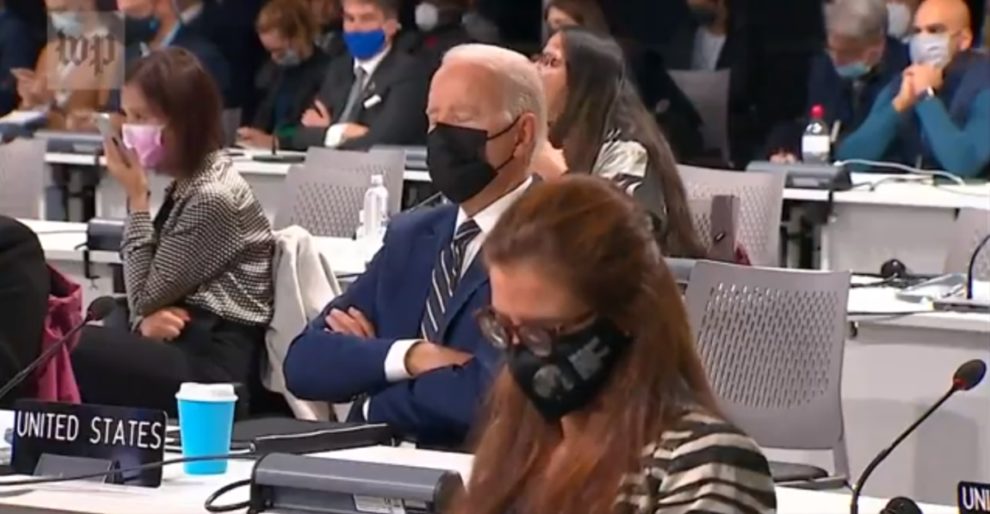 As one speaker emphasised the importance of taking action to save the climate, the president appeared to be dozing off. When an aide approached him to chat, he opened his eyes and appeared to liven up.