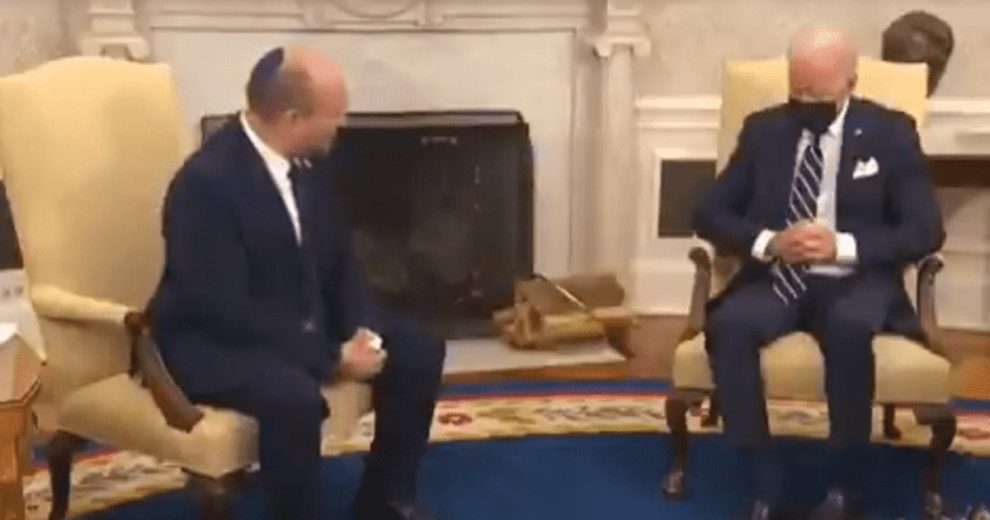 Republican leaders and  social media users began to speculate on whether or not US President Joe Biden was sleeping during the meeting.

“US president Joe Biden fell asleep during a press conference he held with Naftali Bennett,” EHA News said in a tweet. “Bennett continued to talk while Biden was sleeping,” EHA News added.

Distal Atbaryan, a Knesset member for Likud, shared the video on Twitter. “For some reason, the Israeli media itself fell asleep and did not notice this historical moment,” she wrote. “I thought that you should know about this. The man fell asleep and simply does not care.”

CNN reporter Daniel Dale claims that the video of Joe Biden allegedly sleeping during his meeting with Israeli Prime Minister Naftali Bennett is “nonsense.” He tweeted and shared a link to a full video to counter other video that appears to show Biden was sleeping.

Former White House Press Secretary Ari Fleischer said, “As much as I oppose Biden, this is neither accurate nor fair. The full clip shows Biden instantly reacting and talking to PM Bennett as soon as Bennett concluded his remarks. All these clips of Biden “sleeping” cut off right before Biden reacts. It’s not right.”

“It was, however, disrespectful for the President to close his eyes for 20 seconds and gaze downward while his guest was speaking,” he added.

For the first time in 12 years, someone other than Benjamin Netanyahu was Israel’s prime minister when he visited the White House on Friday.

Biden is facing criticism in his country and abroad after the botched withdrawal from Afghanistan.

According to the Sunday Times, the British regard President Biden with contempt for his indefensible actions in Afghanistan.

The Sunday Times reported that “One [British] minister said the president ‘looked gaga’. An aide described the press conference as ‘completely mad’ and the president as ‘doolally’. Such thoughts are normally never whispered in Whitehall, let alone briefed.”