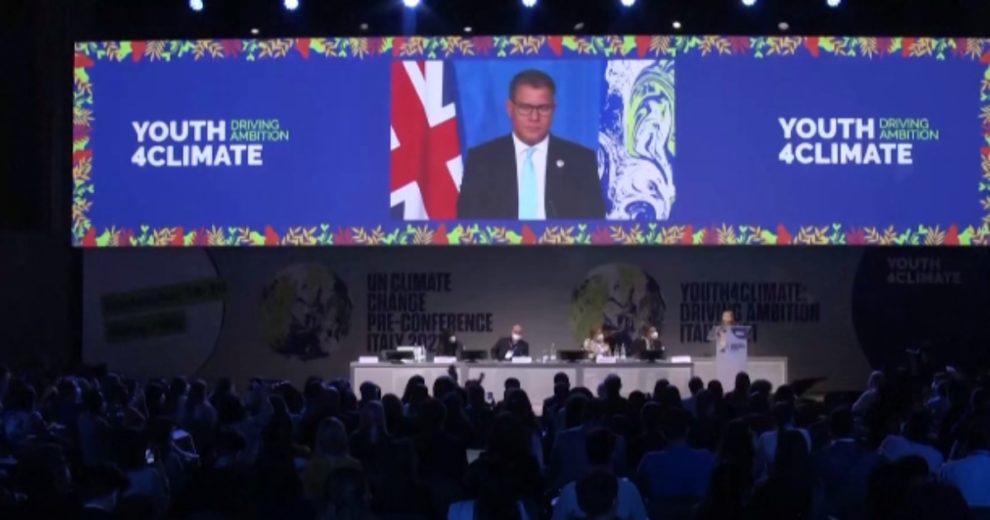 While Uganda’s Nakate said humanity “cannot adapt to extinction,” Thunberg from Sweden said lack of action is “a betrayal of all present and future generations.”

Noted young climate activists Greta Thunberg and Vanessa Nakate on Tuesday excoriated global leaders’ response to the planetary crisis, with Thunberg calling it “a betrayal of all present and future generations.”

“Our leaders are lost,” said Nakate of Uganda, “and our planet is damaged.”

“Our hopes and dreams drowned in their empty words and promises.” p—Greta Thunberg

Their blunt remarks came in keynote addresses at the opening of the three-day Youth4Climate summit in Milan. Hundreds of young people are gathered there for in-person working groups to hash out proposals to present to ministers at the Pre-COP in Milan later this month and COP 26 United Nations climate talks starting next month in Glasgow.

“Why is it so easy for leaders to open up new coal power plants, construct oil pipelines, and extract gas—which are all destroying our climate,” Nakate said, “but so hard for them to acknowledge that loss and damage is here with us now?”

“Climate action is not a pick-and-choose,” she continued, referencing the need to avert future impacts but also “deal with the loss and damage that is already happening.”

"It's time for leaders to put loss and damage at the center of negotiations. It's time to acknowledge that there's need for additional funding on top of what has already been promised for the most vulnerable. It's time for our leaders to wake up!," @COP26 @vanessa_vash #PreCOP26 pic.twitter.com/gAE4YE02Ic

“It’s time for leaders to put loss and damage at the center of negotiation,” said Nakate. “It’s time to acknowledge that there’s need for additional funding on top of what has already been promised for the most vulnerable. It’s time for our leaders to wake up!”

#Youth4Climate has kicked off! @vanessa_vash and @GretaThunberg spoke truth to power! Waking everyone up to the harsh realities of the climate crisis. #ClimateJustice pic.twitter.com/hVSrZ43Z1r

“This is all we hear from our so-called leaders,” said Thunberg, “words—words that sound great but so far have led to no action. Our hopes and dreams drowned in their empty words and promises.”

“We can no longer let the people in power decide what hope is. Hope is not passive. Hope is not blah blah blah. Hope is telling the truth. Hope is taking action”
My speech at #Youth4Climate #PreCOP26 in Milan. pic.twitter.com/BA62GpST2O

She went on to blast “leaders’ intentional lack of action” as “a betrayal of all present and future generations.”

Thunberg concluded her speech leading the audience in a chant of “What do we want? Climate justice. When do we want it? Now!”

The summit began days after a global climate strike in which young activists in scores of countries took part in “Uproot the System” actions.

“As emissions and inequalities increase,” tweeted German activist Luisa Neubauer promoting the strike, “we rise up and demand climate justice.”

AI: A Useful yet Paradoxical Solution to Climate Change

‘Bombshell’ secret footage of Exxon Lobbyists expose how the company continues to fight against U.S. efforts to tackle climate emergency