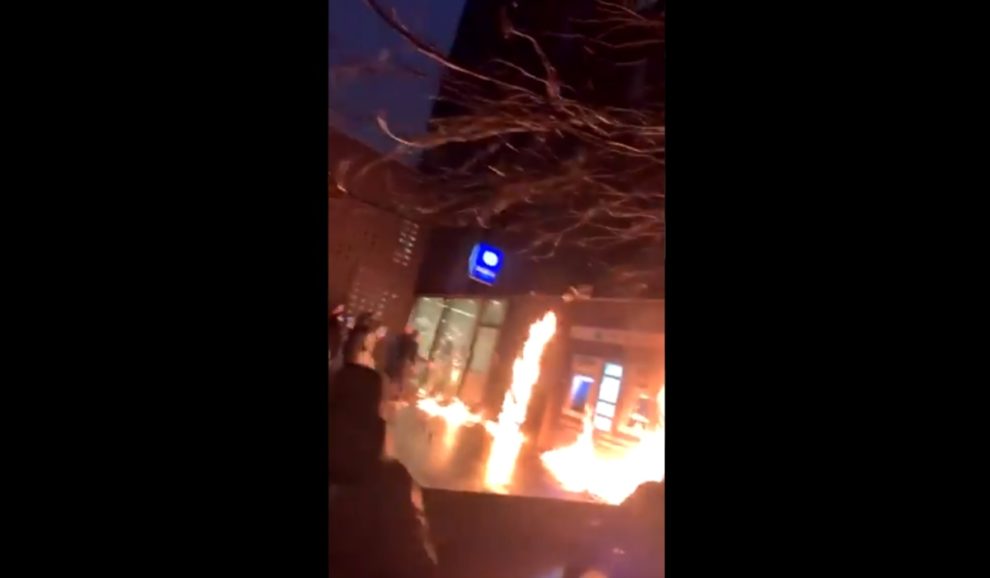 BRUSSELS, BELGIUM: Massive riots have now broken out in Brussels after the death of 23-year-old Ibrahima in police custody. The protestors have set a police station on fire in Brussels.

A protest has gotten out of control in the north of Brussels, reports local news channels. Protestors took to the streets seeking justice after a man’s death last Saturday. Ibrahima, 23, died after being arrested and taken to a police station by Brussels’ police officers.

Several hundred protesters chanted slogans and held up signs saying “Black Lives Matter” and “Justice for Ibrahima,” including the mum, sister and aunt of the victim.

By the end of the day, the rally was almost over until people began throwing projectiles at the officers. Also, fireworks were set off. The police have been massively present now. Police brought water cannons to extinguish the fire and to scatter protestors.

Why are people protesting in Brussels?

Much is still unclear about the death of the black young man. What is certain is that Brussels police officers wanted to check a group of people on Saturday evening for compliance with the corona measures. 23-year-old Ibrahima tried to escape and ran away.

It is still unclear what caused the death of the black young man Ibrahima. So far, it is reported that Brussels police offciers wanted to check a group of people on Saturday for compliance with regulations set for COVID-19. Ibrahima tried to run away and escape.

The police managed to arrest him anyway and took him for questioning to a police station just down the road. According to a press release from the Belgian court, he lost consciousness upon arrival at the station. He was then rushed to a hospital by ambulance, where he died later that evening.

Protest after the death of Ibrahima has turned into violent riots.

ALERT: Massive riots have now broken out in #Brussels after 23-year-old Ibrahima died in police custody. The protestors have set a police station on fire. – #Belgiumpic.twitter.com/PVJu1yDAF4

Even the King Philippe of Belgium allegedly got caught in the intense riots in Brussels.

“Jews are behind the pandemic,” chants the crowd at a Polish anti-vaccine protest