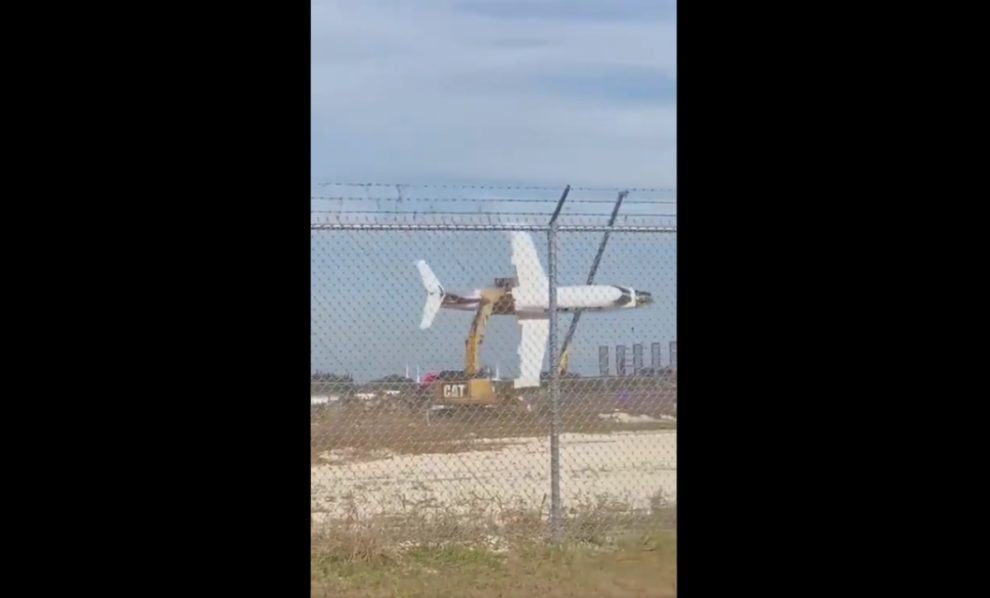 A viral video of a CAT Excavator operator flying an empty body of a plane is doing rounds on social media. The plane video has gone viral on Reddit, 9gag, Twitter and other social media sites.

Users are really enjoying to witness the excavator operator playing around with a plane like a child. One user said, “Was the CAT driver making airplane noises while doing this? My money is on yes.”

Here is another hilarious comment that we saw on the video, “This is actually how little plains learn how to fly before they grow to big 747 and leave the nest”

Now without wasting your time, here is the video of the CAT Excavator operator flying the plane