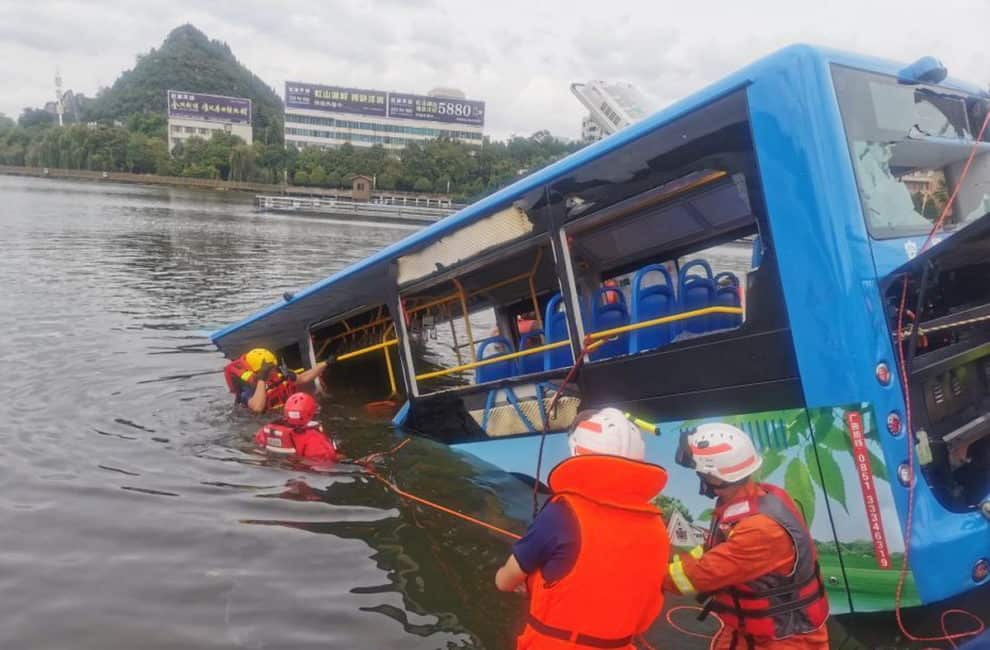 A video circulating on social media shows a strange and tragic bus crash in China. A bus transporting high school students crashed into a reservoir/lake in Anshun City, Southwest region of China on Tuesday, as days of torrential rain triggered flood warnings across wide parts of the country and disrupted the first day of national college exams.

Students on a bus that crashed into a reservoir in China were on their way to give their college entrance exams.

Chinese media reports that at least 21 people were killed and 15 injured after a bus plunged into a lake in Anshun City, in southwestern China. The actual number of casualties from the bus crash in China is yet to be confirmed by the official sources.

According to local media reports, the bus which rushed into the lake/reservoir in Anshun City has been lifted out by the rescue team officials.

Viral video of the bus crash in China’s lake/reservoir:

Photos of the bus crash

As of 5:30 pm Tuesday, 21 people were killed and 15 injured after a bus fell into a lake in Anshun city, southwest China’s Guizhou province, local authorities said. (photos courtesy of https://t.co/ENOGU1Uyvp) pic.twitter.com/VBWwrWkmRg