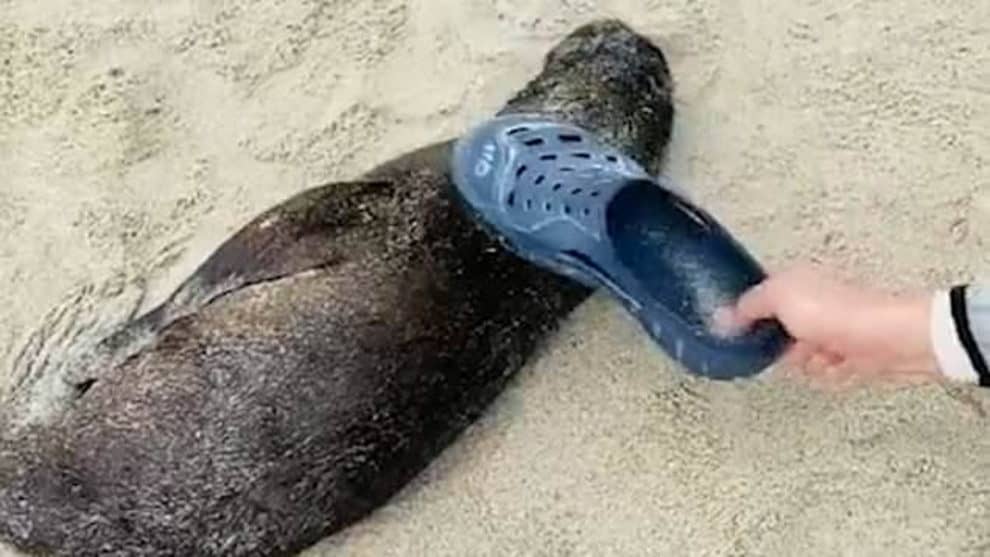 A video that went viral over last weekend apparently shows a man, reported to be a Chinese tourist, harassing and hitting a sleeping seal until it runs away for the ocean. The viral video is said to be recorded at Cape Cross, Namibia.

The footage of the ‘viral video’ was initially uploaded by the female traveler onto the Chinese social media website Douyin, and later it was shared by China Cetacean Alliance, a coalition of international animal protection and conservation organisations.

Social media’s reaction on the video

A lot of users have reacted to the video with outrage after the clip was shared on social media. See some reactions from Twitter below:

@ProfundumPhoto: Video apparently showing a Chinese tourist in Namibia harassing a sleeping seal until it runs for the ocean. A shame he wasn’t bitten.

@buddhajesus2: A Chinese tourist used a shoe to hit a seal several times in Cape Cross of Namibia.

@PoohTheWinnieV: Chinese tourists hitting a Seal multiple times Namibia. Can they just STOP ANIMAL CRUELTY? Switch on the sound and hear her laugh, how inhumane can a person be?

@AbcPassby: It is a story of them coming over to your home, disturbing you, and kick you out. Sounds familiar? Beware!

@eleanor_ia: Just why? Humanity is the difference between animals and human being… and people who under CCP educated were being so evil, they are just like an animal that can’t control their self, even worst that animal. Eww.