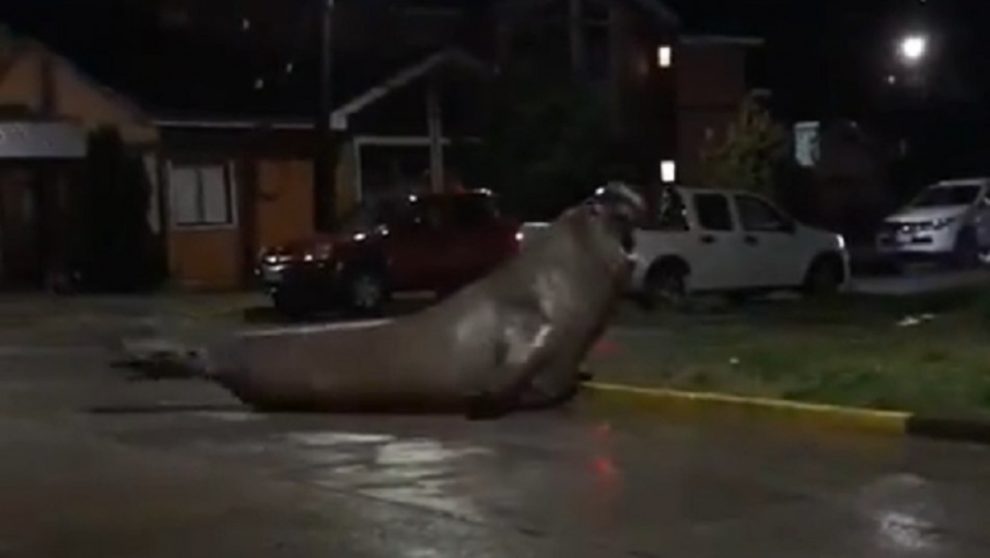 A viral video shows a massive elephant seal roaming around the streets of Puerto Cisne in Chile. The incident caused confusion among the residents as such animals are rarely seen crossing the paths with humans.

Video shows a group of residents from the area carrying out an operation in order to help the big elephant seal return to the sea. The task was difficult, but the neighborhood reportedly achieved its goal with the help of Carabineros and Navy personnel.

“Sightings of elephant seals as well as penguins are natural events in the region during this time of year,” said Nicolas Leiva, Head of the Environmental Management Department of the National Fisheries and Aquaculture Service. According to reports, now there is an increase in the sightings of such incidents in the area.

Here’s what is going on in the video: Puerto Cisnes, Chile – Neighbors gradually coax an elephant seal back into the sea waters. The man recording mentions they’ve so far guided it through two blocks but there’s still ten to go. In the end, the crowd judges the seal is tired and decides to let it rest a bit.

Bonus: Here’s one more video from a different angle