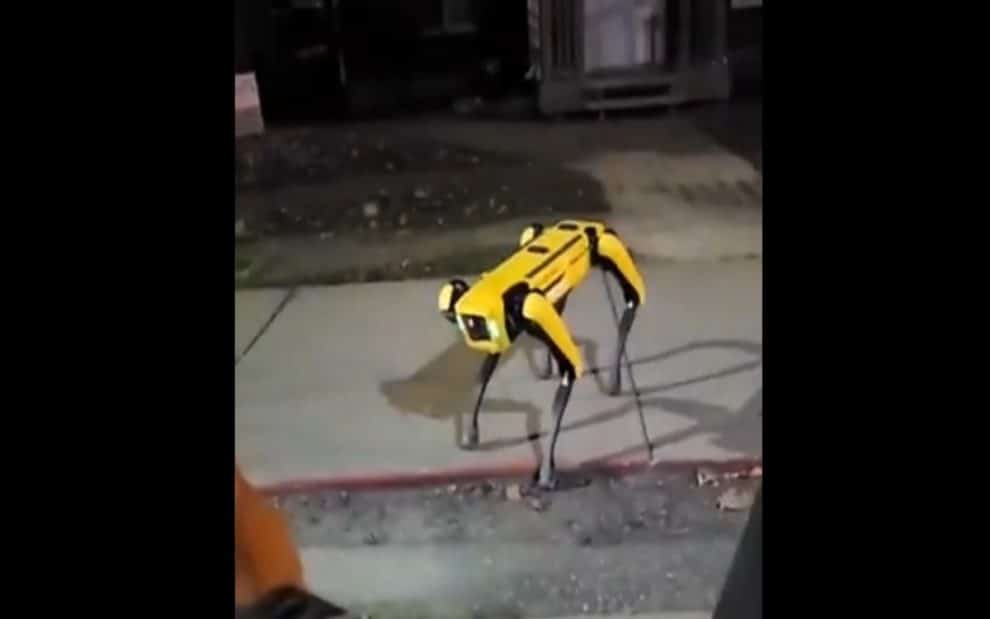 A video surfacing on Twitter shows a Boston Dynamics robot dog. The dog was spotted in public, casually walking on a pathway next to the street. While some users found the video highly amusing, the others found it creepy. It makes one wonder, is this the future?

A Twitter user after seeing the video commented, “Boston Dynamics is creating those robots with military purposes. In other words, they are creating death machines to deploy in poor countries. Their “cute” and goofy videos are a red herring to direct public attention away from their awful intentions.”

In May, we saw the same Boston Dynamics dog-like robot was being used in Singapore to encourage social distancing after the outbreak of the pandemic. In an interview in CNBC, Boston Dynamics founder, Marc Raibert said, “The robot can operate itself, but that’s not how it’s being used in Singapore. The robot isn’t really enforcing in Singapore. It’s just giving people information and encouraging them,” he said. “There’s a human nearby who can do whatever enforcement they decide is appropriate.”

It is true that the robotic dog spotted in public looks extremely freaky, but it is helping people adhere to SOPs in the wake of coronavirus. Many people also found the robotic dog extremely adorable (how?), the user who initially posted the video replied, “everyone yelling telling me he is not cute and will destroy us all. um thats ur opinion!!!! i for one welcome our robot dog overlords. kings!!!!!”

If I see a robotic dog, I will run away. I don’t care if it is helping prevent the spread of coronavirus. Something about those yellow metal legs moving like that just does not seem right to me. Personally, I feel that this dog should star alongside the iconic horror movie nun, Valak, in the next “the nun”. They would both look adorable together (No offense to Boston Dynamics robot dog, we are fine with our regular fluffy dogs).

Video of the robot dog spotted in public on the street