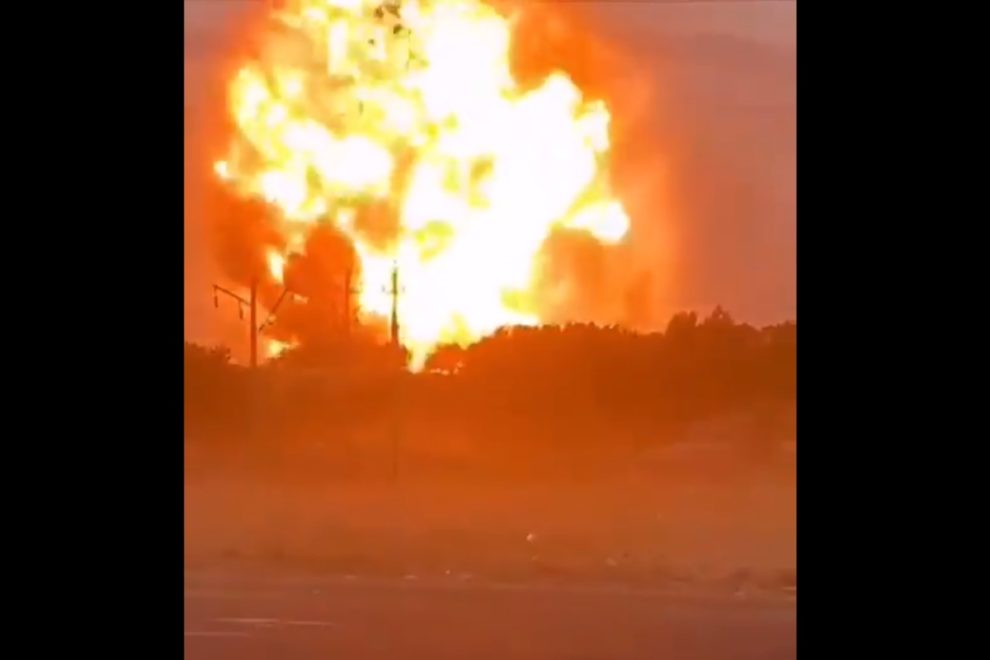 The explosion in Kazakhstan on Thursday was caused by a fire at a military unit’s warehouse, according to the Kazakh Defense Ministry. Video shared on social media showed a massive fireball as the explosion ripped through the warehouse near Taraz, Kazakhstan.

According to local officials and witnesses, a massive explosion occurred at a military warehouse near Taraz in southern Kazakhstan. There was no word on possible casualties right away.

A fire broke out at a military unit’s warehouse in the Bayzak district, near the city of Taraz and the border with Kyrgyzstan, around 7 p.m. local time on Thursday.

“As a result of the fire, an explosion of unidentified materials occurred,” the Ministry of Defense said in a statement. The cause of the fire was not immediately known and the statement did not address the possibility of casualties.

Firefighters continue their efforts to extinguish the fire, and the causes of the incident are being investigated.

Videos of explosion at military warehouse in Taraz, Kazakhstan