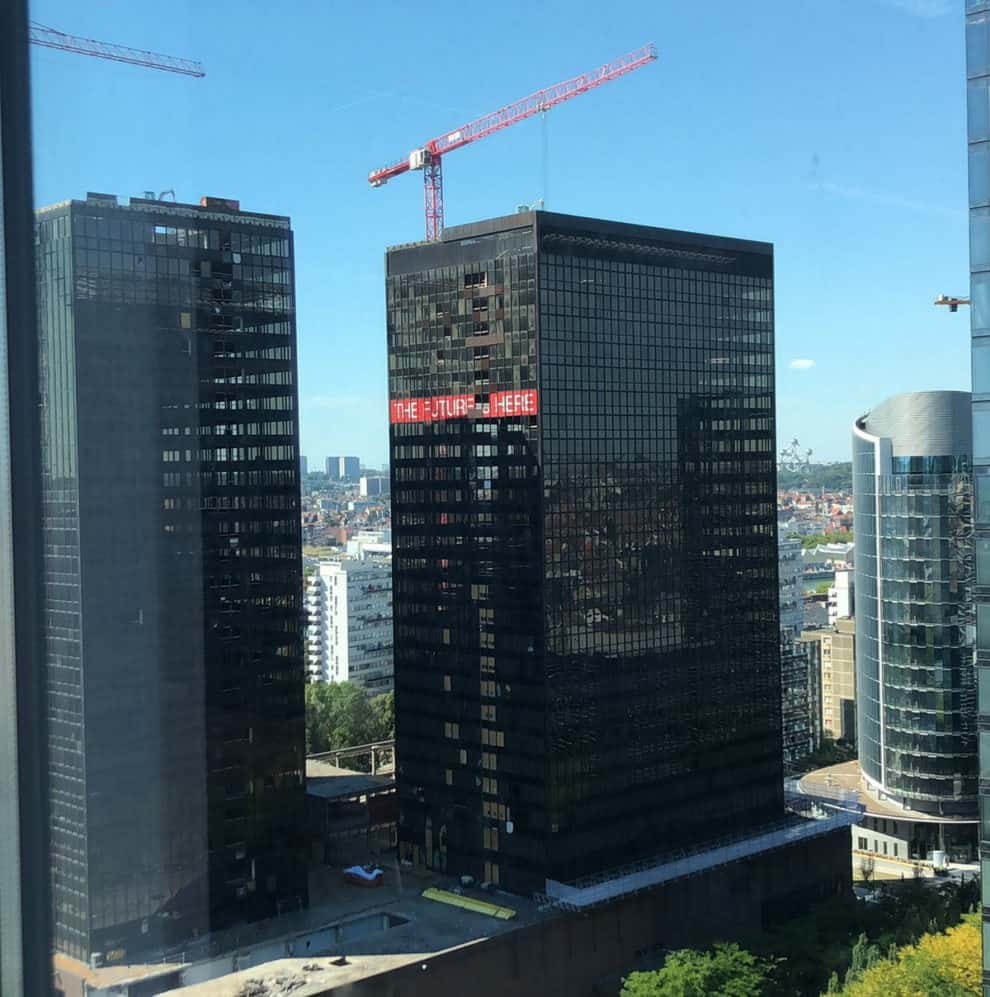 According to news reports from Belgian media outlets, the Brussels fire brigade is on the scene of the blaze. Firefighters were called to the scene at around 3:45 p.m. local time. The fire is very small. The video of the fire that’s circulating on social media shows a crane moving a bucket toward the top floor away from the tower.

He added that they have not yet determined what caused the fire. No one has been injured in the blaze.

The World Trade Center is a group of skyscrapers located at the corner of Albert II Boulevard and Simon Bolivar Bolivard in the city’s Northern Quarter. The center’s three towers are among Belgium’s tallest towers. They’re located in the center of Brussels’ business district.

Originally, the center was planned to have eight towers built around the corner of Albert II Boulevard and Simon Bolivar Boulevard. The two on the southeastern corner of the intersection were later named the Proximus Towers, while the two on the northeastern side were called the North Galaxy Towers.

Construction crews have been working in towers I and II to remove asbestos. The Flemish government wants to employ some 4,000 workers starting in 2023.