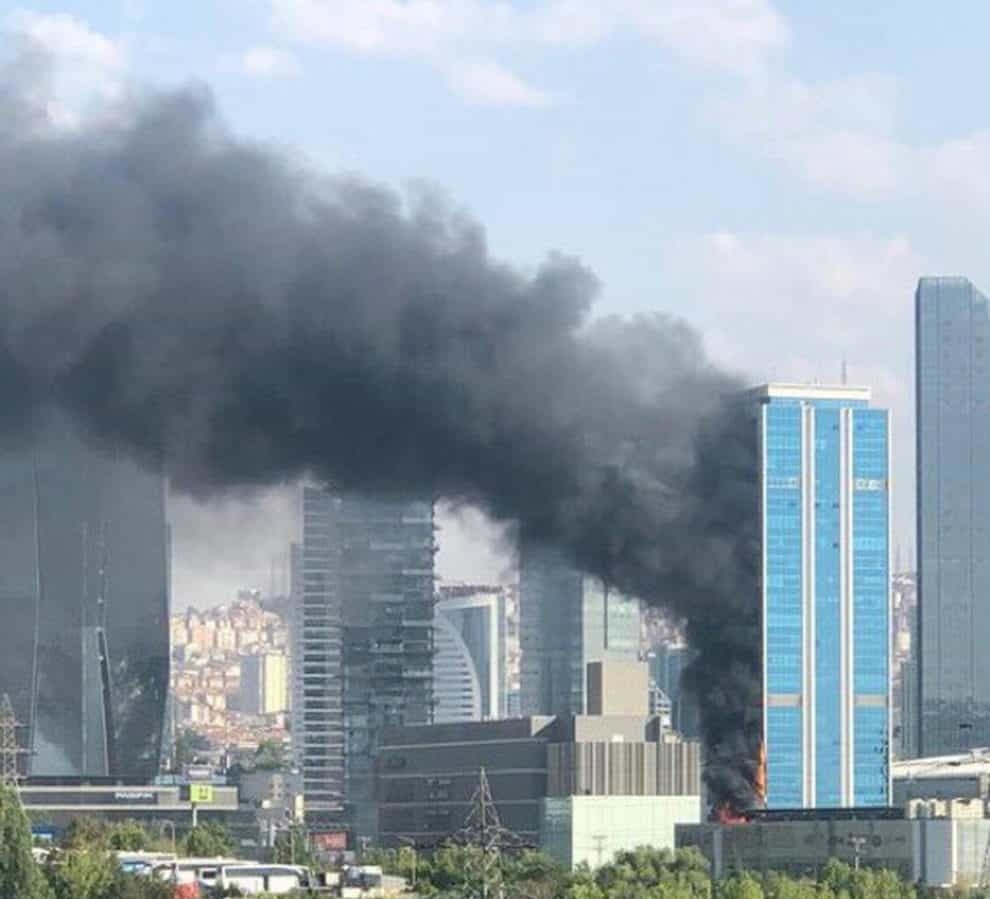 Video shows a huge fire broke in the business center at VIA TOWER in the Cankaya district of Ankara, Turkey. People are being evacuated from the building. The fire erupted around 2:30 PM GMT.

The building appears to be engulfed in flames from top to bottom while burning debris can be seen falling onto nearby roads.

The cause of the fire is still unknown. Fire brigades have arrived at the scene and are busy in setting off the fire.

According to Ankara’s Governor Vasip Sahin, the fire has been brought under control and there are no casualties from the fire incident so far.

The Cankaya district of Ankara is known to be a posh area with mostly offices, business centers, and elite apartments.

This is a breaking news story, we will update with the latest information as soon as it is available.

UK, Turkey and Ukraine alliance is emerging in the Black Sea