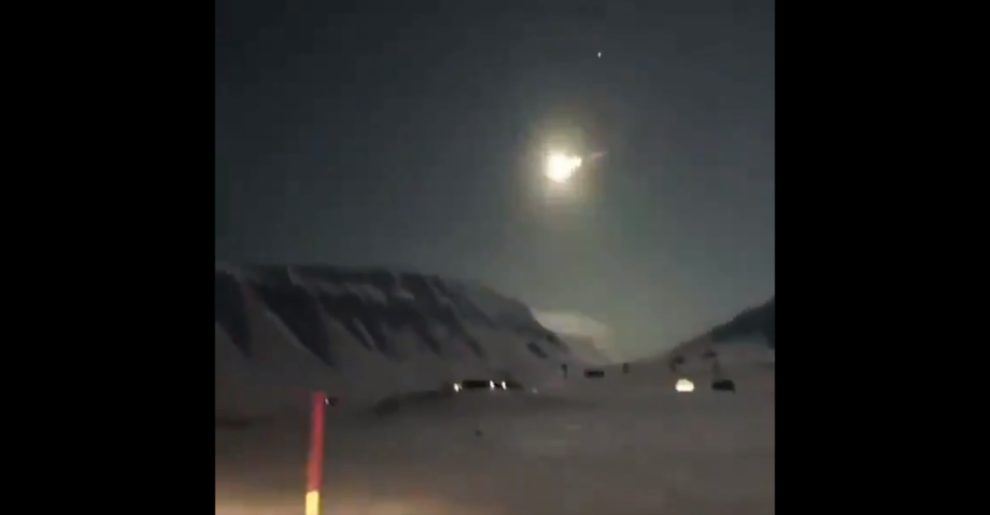 A fireball meteorite is an extremely bright meteor, the meteor is brighter than the magnitude of -4. This meteorite is the same in brightness as the planet Venus apparent in the morning sky. Images and videos surfacing online show a “fireball” meteorite spotted near Arctic Ocean in Norway. This isn’t the first time a fireball has been spotted, the meteorite has made a number of appearances in the past few months.

Last month, the fireball brightened the skies above Monterrey, Mexico. Reuters tweeted, “The clear night sky of the northern city of Monterrey, Mexico, was lit up by a huge fireball. The object was probably a meteorite breaking up as it entered earth’s atmosphere, according to the Mexican Civil Defense Ministry.”

Earlier in March, the meteor was spotted over Japan. “We believe the last burst of light was as bright as the full moon,” said Takeshi Inoue, the director of the Akashi Municipal Planetarium while giving an interview to the Kyodo news agency. The Fireball is just one of the wonders of nature that happen to shine as bright as the moon.

Norway stabbing suspect married to one of the victims: police