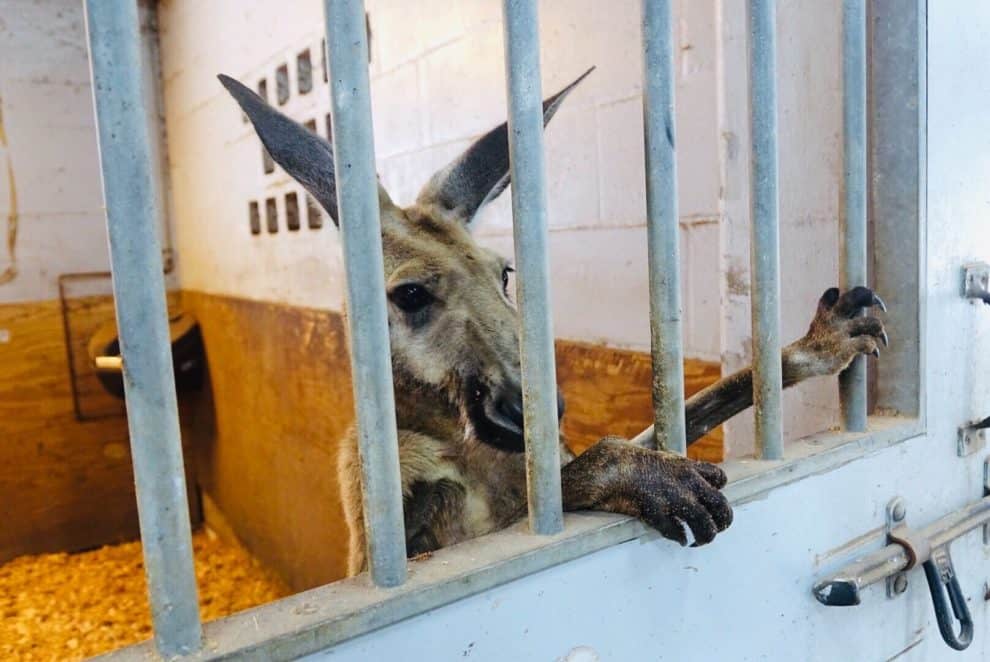 Officers of Fort Lauderdale Police Department arrests/captures a friendly Kangaroo in Southern Florida today, according to the video released by police.

Reports say, police received a call about the kangaroo Thursday morning at 9:15 am. The kangaroo was initially seen between North Andrews Avenue and 13th Street.

​“At first we didn’t really believe it ’cause there was only one call, so when we got there, there sure enough was a kangaroo,” Robert Norvis, a police officer of Fort Lauderdale Police told WSVN.

“Who caught a glimpse of #FLPD’s newest mate hoping through our community this morning?” police tweeted. “Officers in District 2 worked together to safely capture this kangaroo and turn it over to the South Florida Wildlife Center.”

A body camera video released by police shows officers capturing (arresting) a kangaroo that was spotted in the streets of a Fort Lauderdale, Florida.

The Florida Fish and Wildlife Conservation Commission is currently looking into the incident, as nobody currently knows where the Kangaroo came from.

Here are some reactions from Twitter users on the Kangaroo arrest/capture:

A Twitter user @ramb_stonk says, “Well, technically, I guess it was more of an apprehension than an arrest. But still…”

@akielreyess reacts with anger, “why did they arrest a kangaroo in fort lauderdale Loudly crying face i hate my state”

@AnnieBGreat tweeted, “In spite of resisting arrest, the kangaroo lose in Fort Lauderdale was taken away peacefully so clearly this is a white kangaroo.”