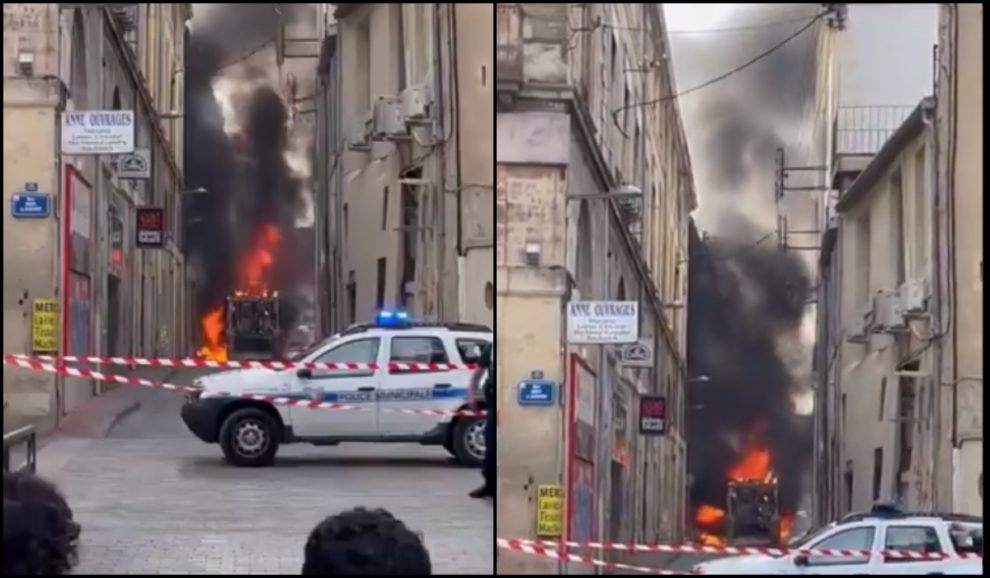 The firefighters on the scene quickly managed to control the flames, which almost reached two buildings in the area.

Residents of the area reported hearing multiple explosions. The cause of the fire is unknown.