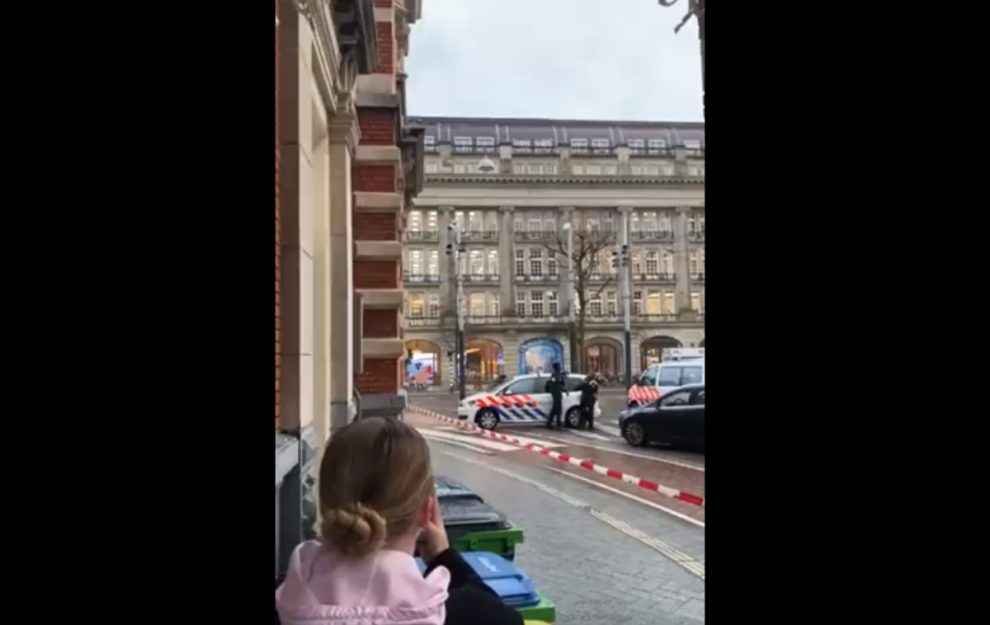 According to reports, there are a large number of law enforcement personnel at Leidseplein Square. There is said to be a situation at the Apple Store in Amsterdam, but it is unclear whether it is a robbery, a hostage situation, or a combination of the two.

Several witnesses told local television station AT5 that they heard shots fired in the area.

Social media was flooded with videos and photos from the scene. The images appeared to show a man in the store brandishing a gun. He was wrapping his arm around the neck of another person, his hands hidden behind his bag. The gunman dragged the apparent victim to the store’s front door, kicked it open, and yelled outside. Several images shared on Twitter also showed large presence of police force in the area.

The Amsterdam Police said in a tweet: “Due to a report at a shop on Leidseplein, police are now deployed there. More information will follow via this Twitter channel.” (Translated).

A hostage situation at @apple store in Amsterdam

#Hostage situation at an Apple Store in #Amsterdam pic.twitter.com/D2Mb4fVvTs