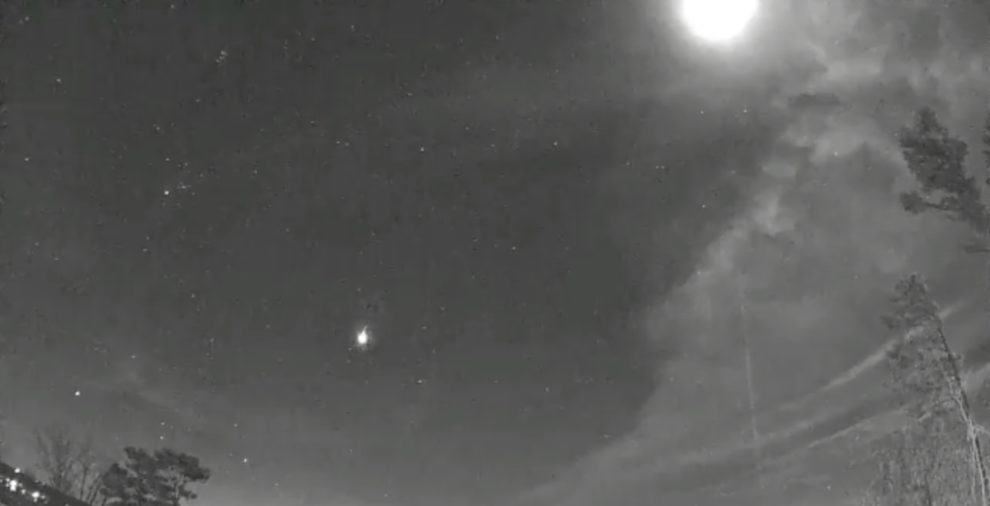 Video posted below shows a brightly burning meteor plunging from the sky over Marshall County, Alabama. The meteor fireball was recorded on a CCTV camera on the evening of December 22, 2020.

The video of the meteor was posted by Michael Brooks via Twitter:

Our sky camera overlooking Guntersville Lake in Alabama caught a fireball in the sky at 6:04pm, 12-22-2020, Michael Brooks said on Twitter

This is not the first time that a meteor has been spotted in Alabama. There were reports of a mysterious bright fireball-like object streaking across the Alabama sky just before 6 p.m. on November 3, 2020. However, The fireball wasn’t just reportedly seen in Central Alabama; it was also spotted across Georgia, the Carolinas, and Tennessee.

A similarly bright shooting star was spotted over Japan in November and later identified as a meteor.

Viral video of a meteor fireball lighting up the night sky in Marshall County, Alabama

Curious Kids: Why do we see the ‘sky’ during the day, but the galaxy at night?

Video: Meteor fireball or Fregat – What was flying above Yakutia, Russia?

VIDEO: Meteor fireball spotted near I-84 in Pennsylvania