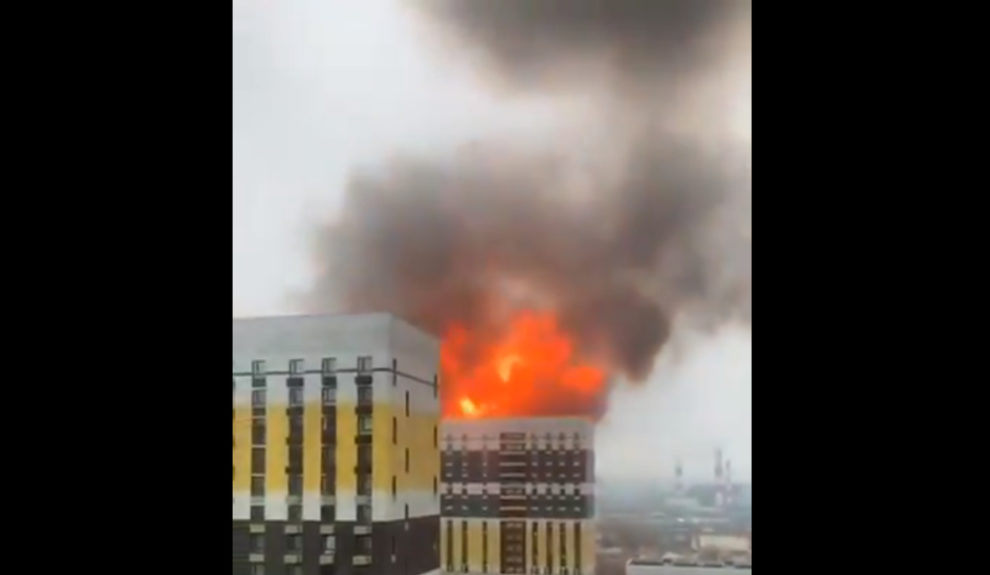 Video shows a large explosion at a warehouse in Southern Moscow, Russia followed by a fire. According to emergency services, there are no reports of injuries.

According to initial reports, the fire brigade has reached the site and is working on extinguishing the fire. The cause of the fire is not known yet, but according to reports, there were gas cylinders inside the warehouse.

The fire was later spread to a nearby gas station, a representative of the emergency services told local news channels.

Videos of fire and explosion in a warehouse in Southern Moscow, Russia