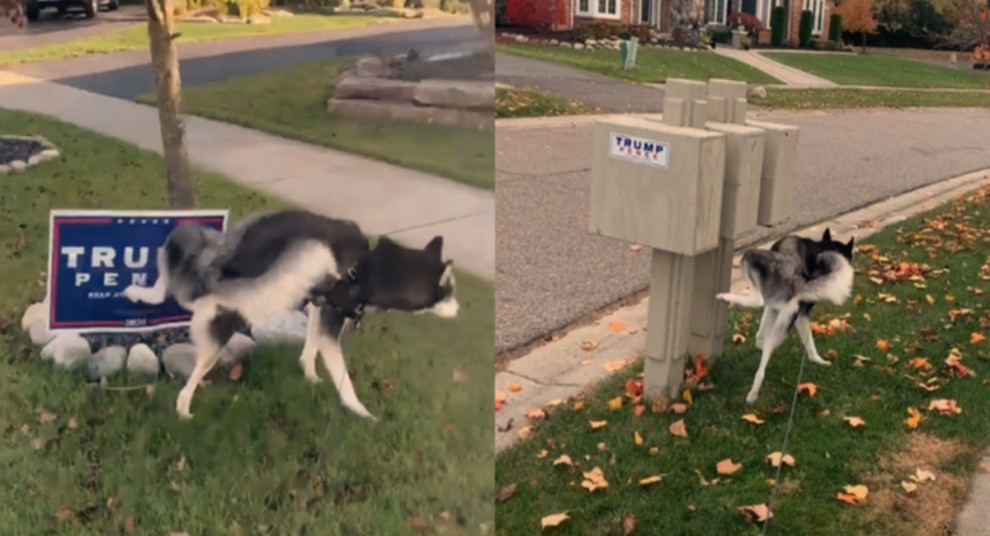 As election day grows near, people are coming up with creative ways to demonstrate their support for the candidates they wish to become President. A viral video on TikTok captures a dog, who happily urinates near the campaign sign for Trump. According to rumors and reports, Trump has a conflicted history with dogs. In an interview, Ivana Trump described Trump as “not a dog fan”. Trump also has a rather long track record of openly comparing his competitors to dogs as insults in interviews and press conferences.

The viral TikTok video shows a dog protesting against Trump’s campaign. The dog who is captured as he urinates on the Trump campaign sign is called Ghost. Derek, Ghost’s owner posted a teaser of a potential sequel video on his TikTok account and asked viewers to vote. The viral video has gained over 11 million likes on the app. The video has also been repeatedly shared by an anti-Trump Republican campaign group, the Lincoln Project. The video currently has 1.5 million views on Twitter, which are multiplying as you read this.

Needless to say, people fell in love with the wise husky for doing his business of the Trump campaign sign. The video quickly became a popular TikTok trend where people captured their dogs urinating on Trump campaign signs and posters.

Needless to say, such insults are extremely offensive and not what one usually expects to hear from a President. Seeing his tweets, and observing the manner in which he carries himself somehow justfies the notorious hate campaigns against him.