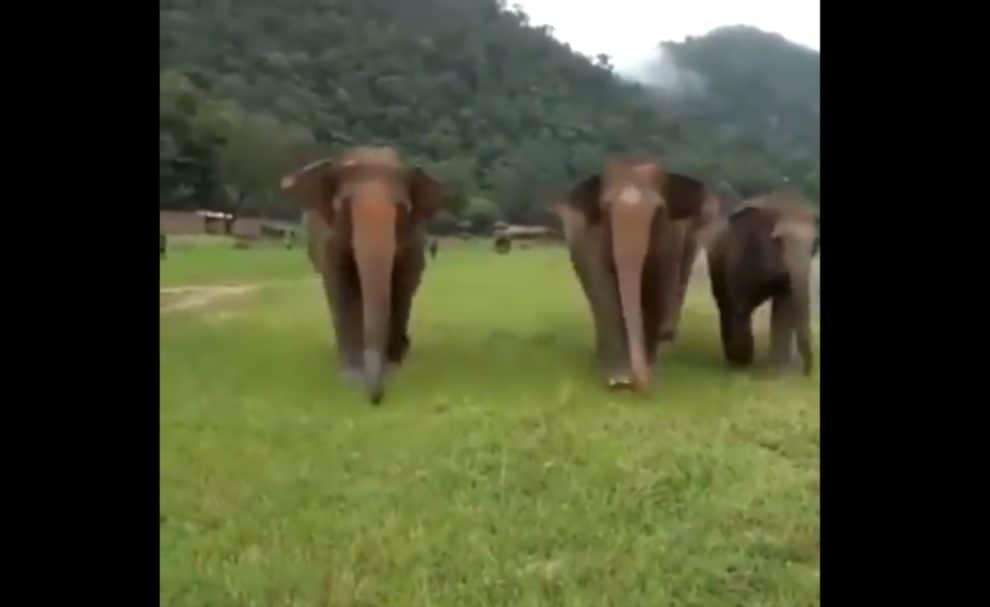 Viral Video – In Thailand, these elephants were rescued from abuse. They were brought to a sanctuary where their caretaker raised them with affection and love. Watch their reaction when they hear the caretaker’s voice. Turn on the volume to feel the scenes in the video.

Elephants are exceptionally smart creatures, they have the largest brain in land animals, they can easily tell the difference between human languages, male and female voices, friendly voices, and those associated with danger.

In case, anyone is wondering the guy in the video is telling them to come and run to him. He’s also calling them “Rak” which means love in Thai language.

“They have several of these sanctuaries in Thailand. The people that run it are marketing geniuses. The elephants did seem to be well taken care of. We paid like $50 to hang out for the day. You feed them bananas, give them a mud bath, and then go play in the river. They’re like huge ass dogs. They said it costs about what a Thai family makes in a day to feed an elephant for that day, so people put the elephants to work and eventually the elephants end up malnourished because the people can’t make enough. Then they surrender them to the sanctuaries so they can have a better life. There are probably some really painful steps in between, unfortunately.” A user on Reddit said in the comments section of the video.

Watch how rescued elephants in Thailand are coming towards their caretaker after hearing his voice.