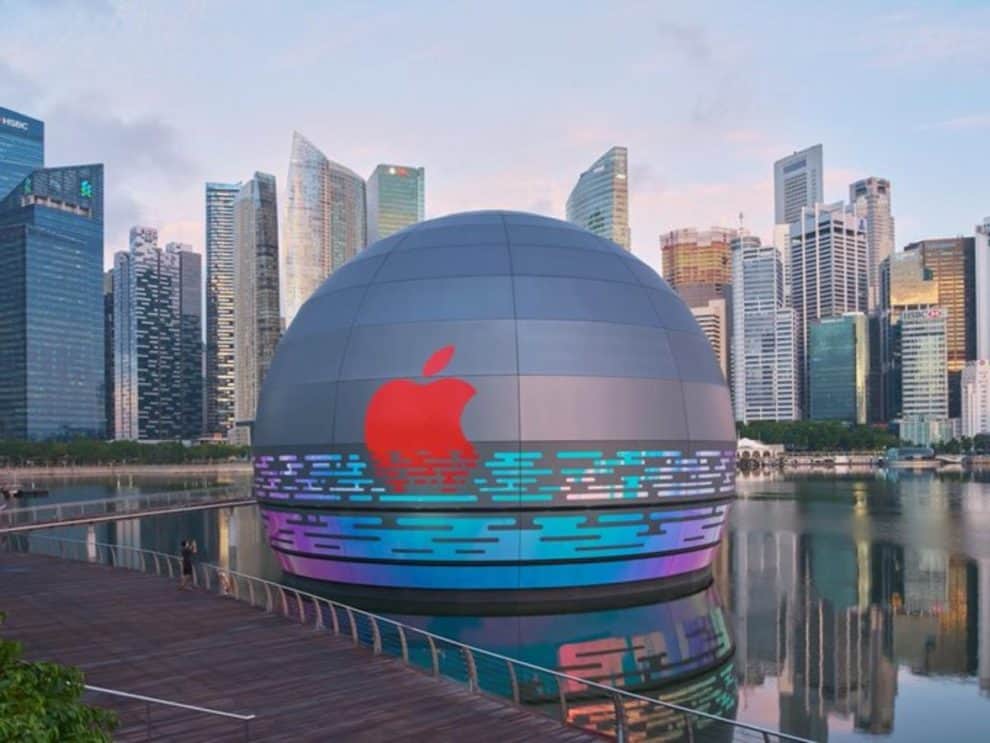 So far, we have seen two Apple outlets in Singapore. According to the latest report, the Cupertino-based company is set to open its third outlet in the country, as it’s almost ready to commence work. However, the interesting thing is that unlike the first two outlets, the new Apple store, located at the Marina Bay Sands in Singapore, could be the world’s first floating store. That’s because it was designed in such a way that allows it to float on water.

In 2017, Apple was able to open its first-ever store at Orchard Road, in Singapore. Following that, the Cupertino-based giant tech company also opened its second outlet in the country on July 13, 2019.

The second store, located east of the first store, is Apple Jewel Changi Airport. No doubt, the two outlets were beautifully designed to attract people. However, their beauties aren’t close to that of the new spherical floating store, called Apple Marina Bay Sands. For now, Apple is yet to open the new store. So, we still don’t know what the interior looks like. However, there are already several images showing the exterior design of the new floating Apple store. According to a local Apple webpage specifically designed for the new floating store, the company says the outlet will be a space for its customers to explore, connect, and create something new.

Here’s a brief of what the description of the location of the store below:

“We will soon open the doors to our new store by the Bay. Apple Marina Bay Sands will be at the heart of creativity, a place we’ve made for you to capture your ideas and passions. It will be a space for you to explore, connect, and create something new. We can’t wait to see where your imagination takes you.”

Description Of The New Orb Located At Marina Bay In Singapore

According to 9to5Mac, the platform published some visual images, describing the outside of the new floating Apple store at the Marina Bay in Singapore. In the publication, the platform referred to the new store as “the lantern on the bay”.

First, the glass panels of the stores “reflect the towering skyline of the Downtown Core and motion”, during the day. However, during the night, the sphere glows in multiple colors, bringing out the design of “traditional lanterns carried during Singapore’s Mid-Autumn Festival, ” as described by 9to5Mac.